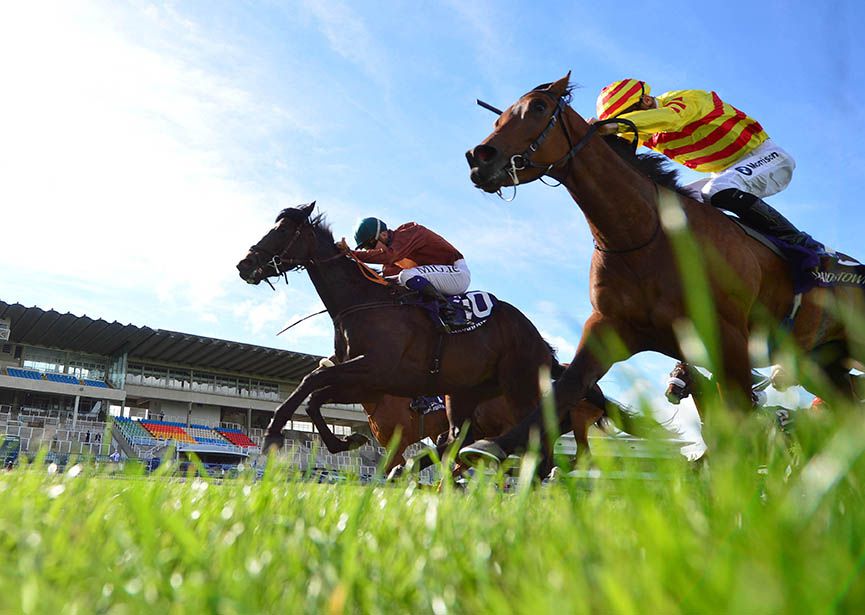 Neptune Rock (12/1) got a dream run up the inner to win the Irish Stallion Farms EBF Fillies Maiden and give Joseph O’Brien a big-priced double after 22/1 chance Maritime Wings in the first.

Shane Crosse never had to leave the rail all the way around on the Muhaarar filly and, when the front-running Tellthemi’mhere (16/1) drifted right in the straight, he drove his mount up to collar that one in the final fifty yards, scoring by a head.

Spilt Passion (5/2) was three quarters of a length further back in third.

The Michael O’Flynn-owned winner had finished eighth in a backend maiden on her only start at two and this was her first appearance since then.

Brendan Powell, representing Joseph O’Brien, said: “That was nice. She's not the biggest but she was very weak last year.

“She ran at Dundalk and he put her away, and gave her time, after that. She had been working well, the two of them had and Joseph thought a fair bit of them both. I think the other filly (seventh home I Siyou Baby) wants a trip.

“I think the winner will stay further in time as well. It's not very often you get up the inner here but there was enough room to get a bus up there and it worked out well for him.

“She travelled well, quickened up nicely and put it to bed. I thought the other horse might outstay her but she got back, put her head in front and galloped to the line.

“It's a nice way to start off the season with her and we'll see where she goes from here.”