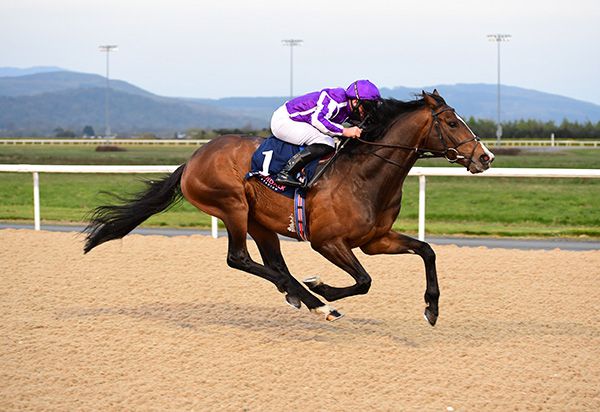 Ballydoyle’s regally-bred son of Galileo was a ‘4s on’ chance and Seamie Heffernan wasn’t messing about on the four-year-old.

He chased the leader in second early, and led after half a mile.

The winner went clear four furlongs out, and the hot-pot was pushed along and was well clear two furlongs out.

Amhran Na Bhfiann stayed on well under hands and heels in the final furlong for a very easy thirteen length verdict over Boola Boola.

“He’s a sound, strong horse and I’d say he has a future,” said Heffernan.

“The instructions were ‘he stays’. Sometimes jockeys use their brains and it’s totally the wrong thing to do!

“He has a high rating and he’s a very genuine, strong galloper.”

Siobhan Rutledge, rider of Freds Honour trained by E. D. Delany, reported to the Clerk of Scales that her mount was very keen.

The ground at Killarney is good to yielding (NH), and yielding to soft (Flat) following 3mm of rain overnight and a dry morning thus far.