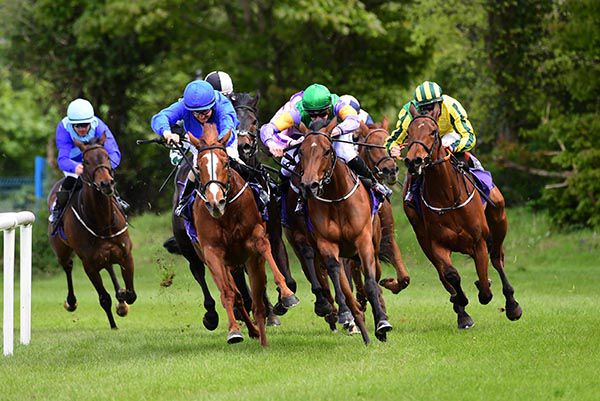 The Joseph O'Brien-trained Powerful Aggie justified favouritism in the opener at Sligo this afternoon when claiming the median auction fillies maiden.

Shane Crosse had the 13/8 shot chasing the leaders on the outer throughout in the ten furlong contest before launching his challenge passing the two pole.

The daughter of Protectionist claimed a narrow lead early in the straight and went on to post a length victory.

Powerful Aggie has been in the money on three previous outings and had finished fourth over a mile last time at Gowran.

"I was able to get a good position and the step up to a mile and a quarter helped,”

"She hit the line well and will probably get further. She's a filly we've always liked at home."