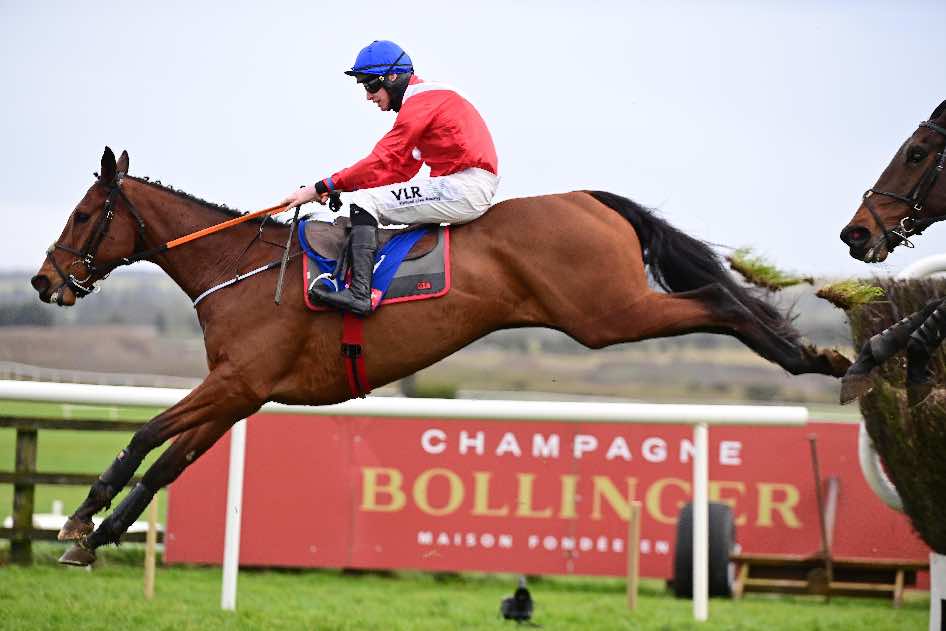 Envoi Allen puts his unbeaten record and huge reputation on the line in the Marsh Novices’ Chase at Cheltenham on Thursday.

The Cheveley Park Stud-owned seven-year-old is already a dual Festival winner, having previously landed the Champion Bumper and the Ballymore Novices’ Hurdle.

Given he has barely put a foot wrong in three starts over fences to date, the budding superstar of the National Hunt scene is unsurprisingly all the rage to make it a hat-trick on his return to the Cotswolds, despite a late move from Gordon Elliott’s yard to Henry de Bromhead.

“There’s little to say that hasn’t already been said really. He’s done everything we’ve asked of him and I just love the way he pricks his ears and jumps beautifully.

“Even last time at Punchestown, when it looked like he was going to get challenged, he just showed his class and went again.”

Richardson admits not being on track is disappointing for both himself and Cheveley Park’s owners, the Thompson family.

He added: “We’re missing it all. We’ve had such a special time at Cheltenham the last couple of years and it would have been very special to be there again.

“I suppose it does take a bit of the pressure off, (but) to have 16 National Hunt horses and have six of them running this week is beyond one’s wildest dreams.”

Envoi Allen is set to face seven rivals in the day three opener, with Nicky Henderson saddling both Chantry House and Fusil Raffles.

Fusil Raffles is three from four over fences this season, while Chantry House bounced back from a disappointing run behind his stablemate at Cheltenham in December with a comprehensive success at Wetherby last month.

Henderson said: “Fusil Raffles has been a star this season. The only bad run he had was at Cheltenham, on the day everything of mine got stuck in the mud.

“I was very pleased with Chantry House at Wetherby. He was third in the Supreme last year and was very impressive first time over fences at Ascot, which isn’t a place I would usually take a first-time-out novice chaser.

“He was very disappointing at Cheltenham next time — he completely forgot how to jump.

“Since then he has had a bit of surgery on his back and he did very well, as Wetherby was only eight weeks after that.

“We’re running into what is probably one of the Irish bankers in Envoi Allen, but I’m not going to lie down and with Chantry House and Fusil Raffles, we’ve got two shots at it.”

Willie Mullins is also doubly represented, with Asterion Forlonge and Blackbow both declared.