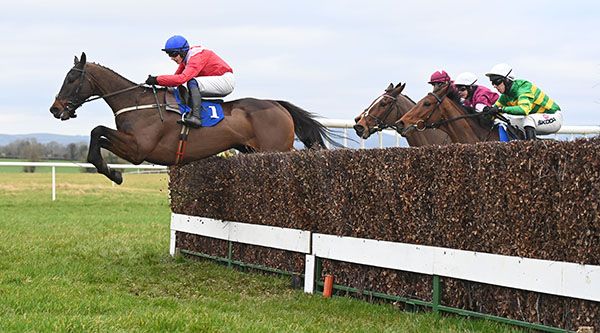 Willie Mullins' charge had claimed the same race last season on his way to a devastating display in the Ryanair Chase at Cheltenham and he was shortened into 6/4 favourite for a festival repeat by both Paddy Power and Betfair following today's performance.

Paul Townend took up his customary front-running position on the 4/11 shot and he started to turn the screw on his rivals from the second last fence.

Allaho stretched away going down to the last and gave it plenty of air as he secured victory. Townend was easing up on the run-in as he posted a 12-length victory over Fakir D'oudairies.

Notebook was the only other finisher, eight-and-a-half lengths back in third, as Battleoverdoyen took a heavy fall at the last. Thankfully both horse and rider, Jack Kennedy, rose afterwards.

"It took a good while for him to get warmed up and he was sticky over the first few fences, where I thought he might have needed some company. He didn't jump really well until the fourth or fifth fence but flew the last and Paul said he was flying at the finish,” said Mullins.

"He is a big horse - we've had some huge horses over the years Douvan, Monkfish and him. Some of those big horses can't adjust at fences but he can and danced in front of a couple of fences and does it very easily. If he's not right, he isn't afraid of taking a few quick steps to get out over them.

"We were very happy with him at home and that is it until the Ryanair - more than likely that is the race for him."