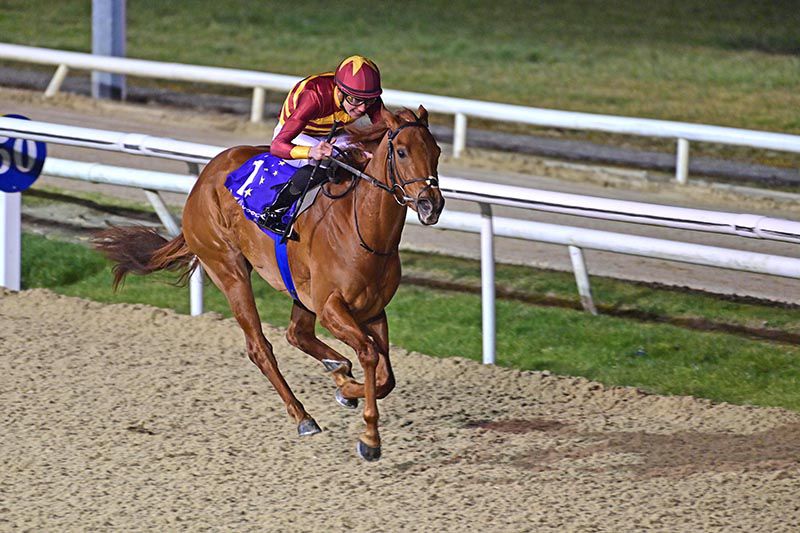 Last year’s winning owner and trainer, Scott Heider and Joseph O’Brien struck again in the Listed HOLLYWOODBETS Patton Stakes at Dundalk. Appropriately enough the 2021 winner, My Generation, is a half-sister to 2020 scorer, Crossfirehurricane.

This was a commendable effort from the successful chestnut, as she was coming forward beautifully from her debut third placing here in a maiden a fortnight back.

Shane Crosse was aboard Crossfirehurricane twelve months back, and he was entrusted with the spin on the five length winner here too, as Declan McDonogh was on stable companion Messidor (5/4 favourite).

She was too keen and eventually finished third, as Rocky Sky chased home My Generation in the silver medal position.

“Her half-brother won it last year and he's a nice horse so she's going to be a valuable prospect as a broodmare in time.

“She can only improve. I loved the way, when he gave her a back-hander, she quickened up and galloped away from them. She can only go forward from this as well.

“There will be plenty of races for her and we'll take it step by step. She's got her black-type now.

“She's very relaxed and Crossfirehurricane was the same. They are lovely relaxed horses and put their head down and gallop.

“She did it well and I'm sure she'll even step up in trip in time as she relaxes so well during a race.

“The other filly (Messidor) was too keen and he said she just failed to settle for some reason, which is unlike her.”

D.P. McDonogh, rider of Messidor trained by Joseph Patrick O'Brien, reported to the Clerk of Scales that his mount failed to settle.

The Irish Horseracing Regulatory Board Veterinary Officer examined Zozimus, trained by Donnacha Aidan O'Brien, at the request of the Stewards and reported the animal to be post race normal.