Angel's Trumpet brings up plenty of bets in Gowran 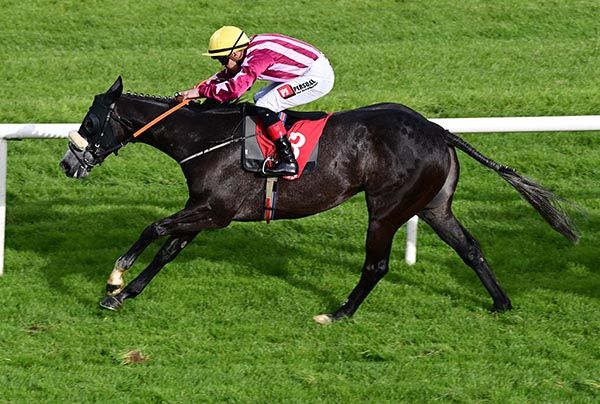 Angel's Trumpet rewarded good support throughout the day when obliging in the first division of the mile handicap at Gowran Park.

Peter Fahey's grey gelding was backed down to an SP of 6/1 from 14/1 and was another horse to make full use of stall one.

He soon led under Leigh Roche but had top-weight Jazz Dreamers and Out On Friday attempting to reel him in passing the two pole.

Angel's Trumpet came under a drive and found up the hill as he increased his lead in the final 150 yards.

From there, he was as good as home as he kept on to prevail by a length and a quarter from Jazz Dreamers (7/1) who was a nose in front of Helen De Pourtales (9/1). Plugged In, the 5/1 favourite, gave his backers a place dividend in fourth.

Fahey said: "He ran in Cancer Trials Ireland's colours last year, the Rogers' sponsored him and he won a race for them.

“When he went to the sales there was no-one really for him and Tom Keane took a chance on him and syndicated him out. He's delighted and it's great for him to get a winner. Leigh is a neighbour of his too so it all worked out great.

“Hopefully he goes on and picks up another couple, he'll improve with a bit more ease in the ground.

“He jumped out and travelled and he did something similar last year in Killarney. He'll tip away now.”