Another treble for Harrington & four-timer for Foley 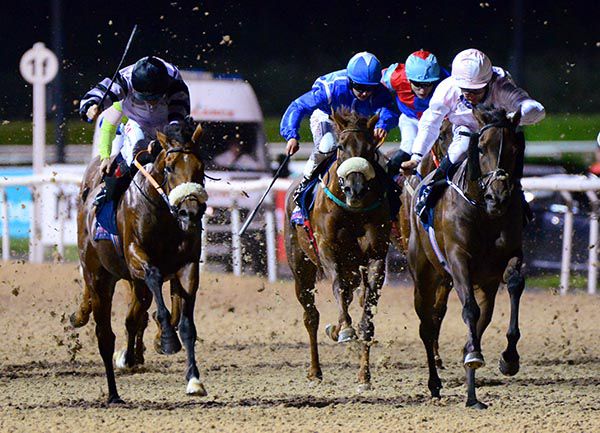 Clew Bay (9/2) was a fourth winner of the evening for Shane Foley when landing the concluding Find Us On Twitter @DundalkStadium Handicap.

The well-bred daughter of New Bay, bred by owners Philip and Jane Myerscough, went one better than on her previous start at Tipperary.

Having tracked the leaders, she was driven to the front over a furlong out and stayed on well to defeat Firstman (4/1) by three quarters of a length with the 5/2 favourite Mokhles another neck away in third.

It was yet another treble for winning trainer Jessica Harrington, her fourth from the last six Flat meetings in Ireland, while Foley’s four-timer came in at odds of 390/1.

“It's been a fantastic evening and the horses are just on fire, long may it continue,” said Foley.

“This filly wasn't winning out of turn. She had a good run up here the first day and had a nice run in Tipperary last time, that form has worked out well for the grade.

“I ended up getting there plenty soon but the gap was going to close and I had to take it when I did but she stayed going.

“We thought going that extra bit of distance would suit her tonight.”