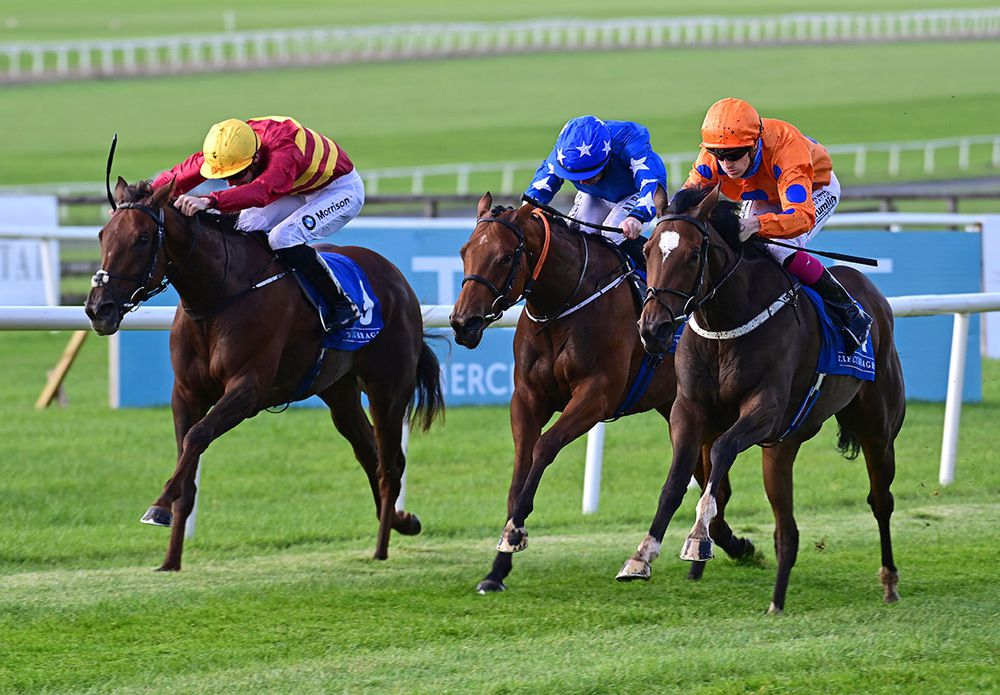 Gavin Cromwell may give Sunset Shiraz one more run this season after the daughter of Time Test finished third in the Listed Staffordstown Stud Stakes at the Curragh on Sunday.

The half-sister to last year's St Leger runner-up Berkshire Rocco was second in a Roscommon maiden on debut and has been placed on her last four starts in Stakes company, including when third in the Moyglare Stud Stakes on Irish Champions Weekend.

“I probably, in one way, made the wrong decision to run her on Sunday. I know she only finished third anyway but Paddy Twomey's filly (Limiti Di Greccio) looks like a jet.

“She came out of the race fine, there is a median auction fillies maiden in Gowran next week so we'll have an entry for that and she could potentially go there.

“I don't know of any better maiden than her anyway!

“She has black-type now in Listed, Group 3, Group 2 and Group 1. She's a lovely filly to have and she'll be a nice filly next year.”