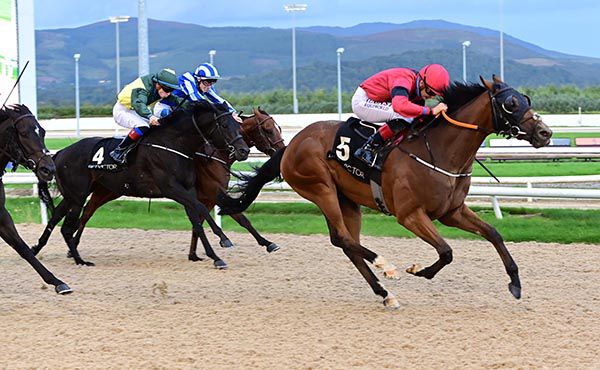 There was plenty of pace on in the second division of the Irishinjuredjockeys.com Handicap and Skontonovski (11/1) benefitted from the patient handling of Ronan Whelan to follow up a recent win at Cork.

Raised 9lbs for that breakthrough success, the Harbour Watch gelding was held up towards the rear by Whelan before picking off rivals in the straight. He led inside the final furlong and kept on well to account for Brosna Empress by a length and three quarters.

Winning trainer Ado McGuinness said: “He was a very cheap horse during the summer.

“I'm delighted with him and Ronny gave him another very good ride, he was class on him and bided his time. I told him to drop him out and take his time. They went a real hard gallop.

“He's just improving. I have him in a few races at Listowel and he has to go again probably because the handicapper is going to hammer him.

“We'll see what he gets on Monday but more than likely he'll be declared anyway.

“He's paid his way and is a real fun horse.”