Ballycastle Girl a shock winner at 80/1 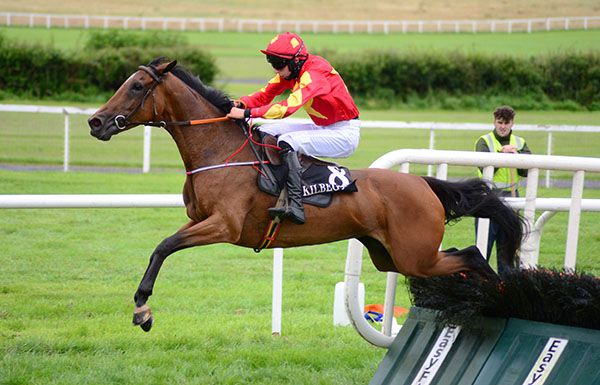 The lightly-raced mare, having only her fifth racecourse start at the age of eight, saw out the trip well to beat Rippon Lodge by five and a half lengths, with Ocean Glandore another neck away in third.

The 8/11 favourite Eimear was in trouble quite a way from home and finished fifth in the end.

The winner did manage to finish fourth in her first race over hurdles at Bellewstown last year but was completely disregarded in the market, returning at a price of 80/1.

It was 7lbs claimer Eoin Walsh’s fourth winner of the season.

Winning trainer David Dunne said: “It’s a bit of a surprise and we would have been happy if she was fourth or fifth but she did run quite well at Bellewstown last year.

"We were disappointed with her other two runs. At Clonmel the ground was a bit hard and Punchestown was a bit tight on the inner track.

“I’d say the further the better for her and maybe a stronger run race. A lighter weight would suit as she’s not built to carry a lot of weight.

“We had a 100/1 winner (Department Of War) in Down Royal earlier this year so that’s our second to win this year at a big price.

“I have to thank our owners for all their support and it’s great to get another winner (Important Message won at Bellewstown last month).”