Barrier Trial winner Barbapapa gets off the mark 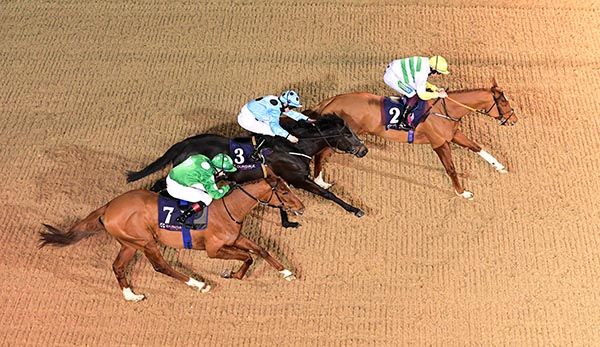 Course Barrier Trial winner Barbapapa got off the mark on his third racecourse outing at Dundalk today, as the Henry De Bromhead trained gelding won the Book Online At DundalkStadium.com Maiden.

By Starspangledbanner and out of a Galileo-sired mare, Barbapapa won his Barrier Trial in August and today, under jockey Mark Enright, made most of the running and eventually shook off persistent challenger Brave Troop (80/1) to score by three parts of a length.

Enright later stated “he's a fine big horse, a beautiful horse, and I'd say the further he goes the better he'll get.

“He won a barrier trial here and was probably a little disappointing up here last time but he's massive to be running as a two-year-old.

“I'd say whatever he does in the next while will be a bonus because when he grows into his frame he could be a nice horse.”