Bedouin's Story pops up at 40/1 in Cambridgeshire 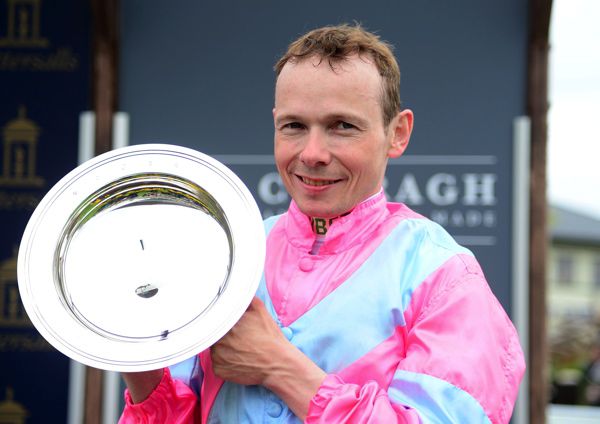 Bedouin’s Story benefitted from a textbook Jamie Spencer ride to snatch victory in the bet365 Cambridgeshire at Newmarket.

Trained by Saeed bin Suroor, Bedouin’s Story was a 40-1 chance after being out of luck since winning in Dubai back in January, but he eventually ran out a clear-cut victor.

The 26 runners split into two groups across the track with Jean Baptiste heading the far side group, while leading fancy Uncle Bryn was among those on the stands rail, along with the eventual winner.

The gambled-on joint-favourite Anmaat looked likely when grabbing the lead a furlong from home — but Spencer was making stealthy progress in behind, picking off his rivals and edging to the lead in sight of the post.

Spencer punched the air in celebration as he came home three-quarters of a length in front of Anmaat, with Ametist finishing third at 22-1, with all three racing up the stands side. Zozimus at 100-1 fared best of those on the far side in fourth.

Bin Suroor said: “We have been running this horse over a mile and he always misses the break. He missed the break in Dubai with Frankie (Dettori), but was still able to win the race.

“I thought running over nine furlongs could help him. I told Jamie to get him to relax and that is his style — it was the right jockey for the right horse.

“I thought he could do something today. He could come back here for the Darley Stakes.”

Spencer said: “I sit beside Frankie (in the weighing room) and he’s ridden him and won on him in Dubai. He just told me to keeping filling him up and if he’s in a good mood he’ll come good at halfway.

“I always felt I was going quite well. Even though Jim (Crowley, on Anmaat) got the jump on me three out, I knew I had loads of horse and it was just a case of if the gap came.

“There was a gap between Frankie and David Probert and if it closed I was cooked, but it stayed open thankfully. All these little things help.”