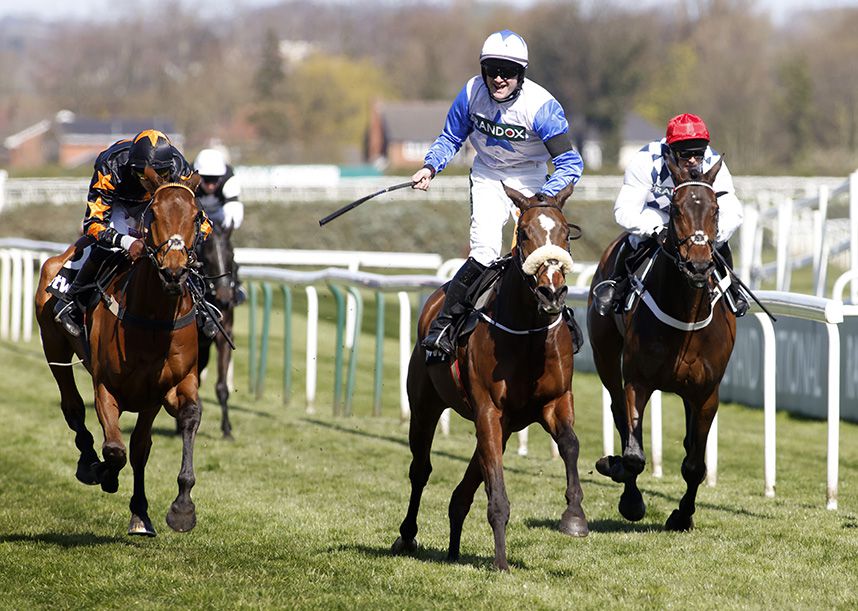 Belfast Banter is giving trainer Peter Fahey all the right vibes ahead of his tilt at the Guinness Galway Hurdle a week tomorrow.

The Jeremy gelding, who came good in the spring with a 33/1 success in the County Hurdle at Cheltenham which he built on when landing the Grade 1 Betway Top Novices’ Hurdle at Aintree, is set to carry 10st 13lb in the day four feature a week tomorrow and heads the ante-post market at a general quote of 8/1.

The Monasterevin handler told Dave Keena: “He’s in brilliant form. His first two bits of work have been very good.

"He’s another couple of bits to do between now and then but he seems to be working well and he’s in good form.

“Luckily he won his maiden hurdle around Galway which is a big plus and a fast-run two miles seems to suit him which you usually get in Galway as well.”

Fahey’s other entry is Visionarian (9st 13lb) towards the foot of the weights, but last month’s 2m4f Down Royal winner needs quite a few to come out to get a run and the extended 2m6f Guinness Handicap Hurdle (Grade B) on the Friday of the Festival is an alternative option for him.

Pretty Smart gained compensation for a luckless passage on her previous start at Fairyhouse 12 days ago when landing the Fermoy Handicap (div II) at Cork today for trainer Pat Martin and jockey Mikey Sheehy.

Glengarra shows his fortitude in Down Royal

Glengarra was game off the front in the seven furlong juvenile maiden at Down Royal.

Trainer Michael Browne reports his high class sprinter Logo Hunter to have pulled a muscle following a disappointing run in the Sapphire Stakes at the Curragh last weekend.

It proved a good day for the Brownes at Cork this afternoon with Michael following his brother Willie into the winners enclosure.