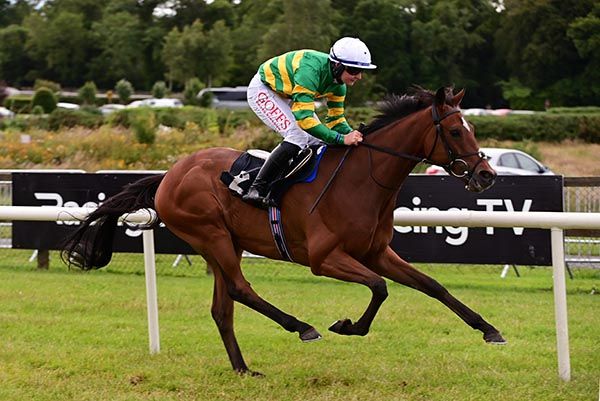 Fourth in the Queen's Vase at Royal Ascot last year and with two runs under his belt this term, the 102-rated gelding was waited with by Tom Hamilton before being produced to challenge soon after the final turn. He was ridden clear of market rival Taipan over a furlong out and went on to beat that rival by six lengths.

O'Brien had sent out All Things Nice to win the opening two-year-old maiden.

"He's a good horse and everything went lovely," said Hamilton.

"They went a nice even gallop, they even went quick early and I gave him a chance and, as soon as I pulled him out, he had the class to quicken up and did it very nicely.

"He has plenty of ability and has had some good runs. It's great he got the job done."