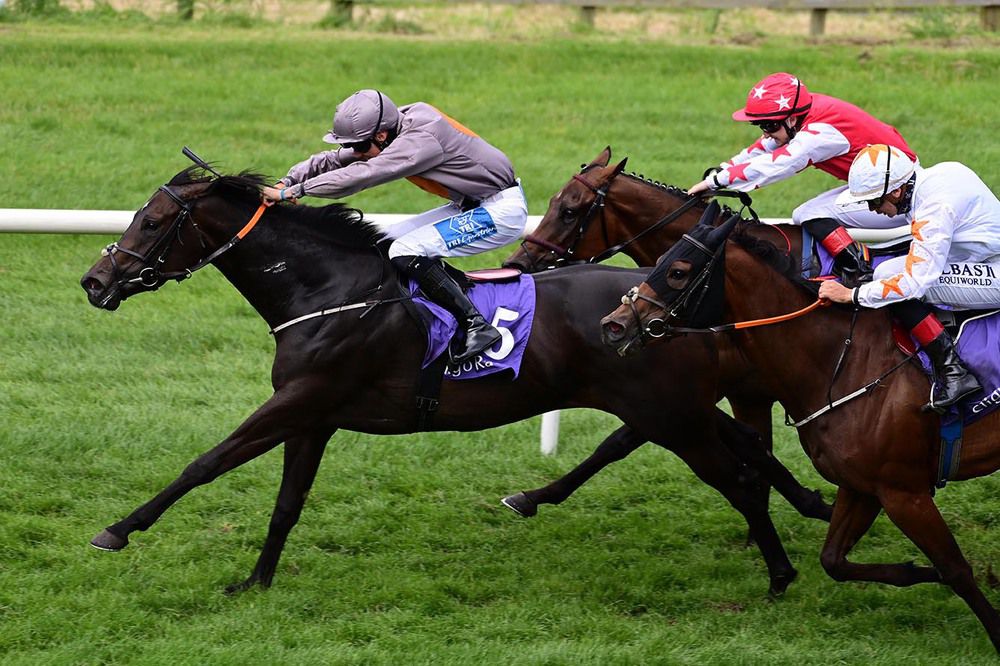 Twice successful at Dundalk earlier this year, Betrayed filled the runner-up spot on her most recent start at Down Royal and was sent off at 5/1 today under Cian MacRedmond.

Settled in mid-division on the inner, the daughter of Lethal Force was fifth from halfway and took closer order when pushed along on the approach to the straight.

Switched to the outer and ridden over a furlong from home, the bay victor edged to the front inside the final 150 yards, going on to prevail by half a length.

Faraah (16/1) kept on well to take second under Ronan Whelan, while Jazz Dreamers (11/2) was a head back in third under Danny Sheehy for Seamus Fahey.

Secret Road was sent off the 10/3 favourite and he ran on well down the outer, coming home in fourth.

"We weren't going to run them. I was nearly going to turn back when I saw the ground had changed," said McGuinness.

"Luckily they were drawn low enough and they were just able to jump and sit and take their time. They didn't have to get after them early doors which is a big factor here.

"Cian gave the winner a great ride, he didn't panic. When he got into the straight he just switched her out and she's probably done it snug enough but hopefully the handicapper won't be too hard on her.

"She's not badly rated compared to her all-weather mark and she has good all-weather form as well.

"She'll progress but she'll probably be sold at the end of the year, although my other half (Hazel McGuinness, co-owner along with Gary Devlin) owns half of her so we'll see!"

“The second filly (Faraah) ran a great race. She was an expensive enough yearling but hopefully she’ll get her head in front soon.

"We had been hard on her, so we gave her a bit of a break and ran her fresh. It seems to have worked and she’s guaranteed a run in low-grade handicaps now.

The Irish Horseracing Regulatory Board Veterinary Officer examined Kharma, trained by Eddie & Patrick Harty, at the request of the Stewards and reported the animal to be post race normal.

Royal Patronage up in trip and class for hat-trick bid

Royal Patronage will bid for a hat-trick of wins when he lines up for the Group Two Juddmonte Royal Lodge Stakes at Newmarket today.

Frankie Dettori will have to wait and see if he made the right choice in opting to ride Magical Morning in the bet365 Cambridgeshire at Newmarket today.

The ground at the Curragh remains Good, Good to Firm in places.