Black off the mark on chasing bow 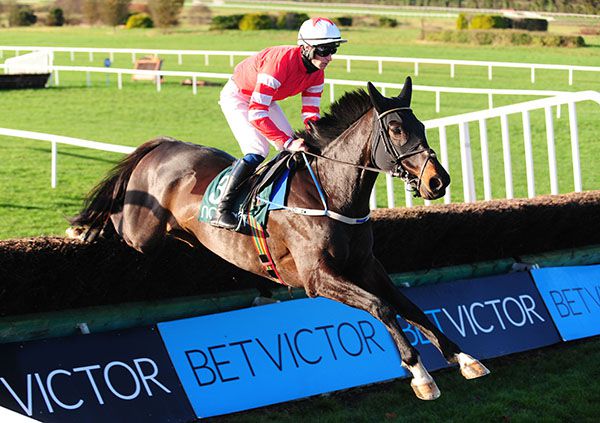 Blackbow made the perfect start over fences with a fine front-running performance in the beginners chase at Navan this afternoon.

Willie Mullins' charge had been a smart bumper horse, finishing fifth at Cheltenham and second in Grade One company at Punchestown.

He had failed to show that level over timber last season in four starts but bounced back to winning ways on his first attempt over the larger obstacles.

David Mullins bounced out in front on the 5/2 shot and he jumped well in the main.

The Stowaway gelding recovered quickly from an error two from home and was always holding 6/5 favourite Entoucas in the closing stages to score by four-and-a-quarter lengths.

“He jumped very well. He got his own way in front and that helps a free horse,” said David Mullins.

“He's well able to jump and when he relaxes he just shows what he can do. He never really settled over hurdles.

“In better company he's probably going to get taken on but I rode him down to the start and he never picked up the bridle in behind horses so you wouldn't know, maybe the next day he could drop in.

“He's a classy horse when he puts it all together.”

Paddy Power gave Blackbow a first show of 40/1 for the Arkle.