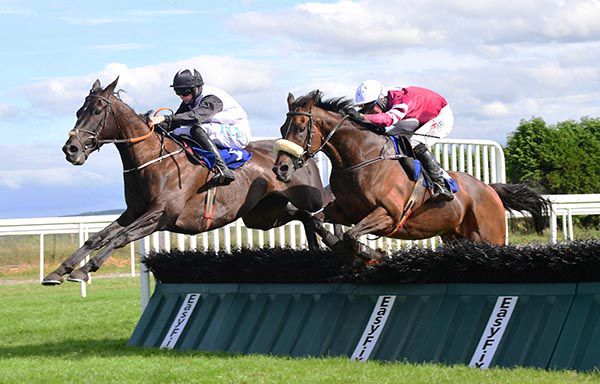 Email Rose battled back gamely to get his head in front again close home and land the geldings maiden hurdle at Roscommon this afternoon, giving Henry de Bromhead and Rachael Blackmore a double on the card.

The eventual winner had jumped into the lead two from home but was soon tackled by Onlyhuman in the two-mile contest.

There was nothing between the pair over the last but Onlyhuman looked to be getting the better of things on the run-in when edging ahead.

Rachael Blackmore conjured another effort from Email Rose, however, as the 11/8 favourite stuck his head out close home to secure a neck success.

Blackmore said:- "He battled back really well there. He was knocking on the door last season but also disappointed a few days.

“We thought he was a better horse than that but he has got his head in front today."