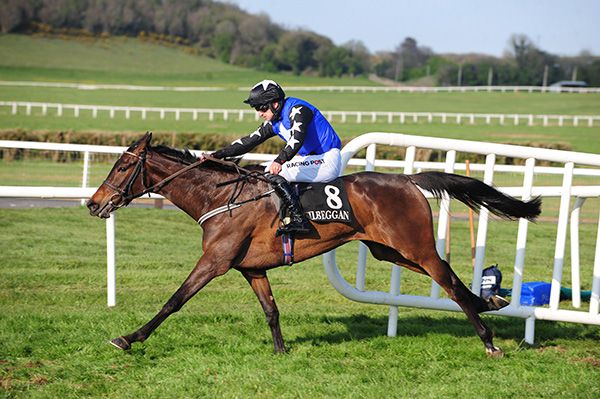 Racing in the colours of An Garda Siochana's Blue Blood Racing Club, appropriately-named Never Feel Blue had plenty supporters and was returned the strong 11/10 favourite, before quickening well in the race for an eight lengths success.

Roche, who suffers from severe haemophilia and graduated as an honorary Garda in October 2019, was foremost in winning jockey Patrick Mullins' thoughts post-race and revealed “she was named by Adam Roche who is eight-years-old and from Tralee, so I have to give Adam a mention.”

Mullins added “she's a very good mare and she has an excellent pedigree. We had two of her sisters and they were both good bumper mares. She looks quite Myska and her brother (Cheltenham winner Bob Olinger) looks very exciting as well.

“She was plenty keen and it took me about half a furlong to really start motoring but I couldn't pull her up. I pulled up a furlong past everyone else and I hope she's a black-type mare.

“We'll probably look for something on nice safe ground for her. They did a great job of the ground here today.”