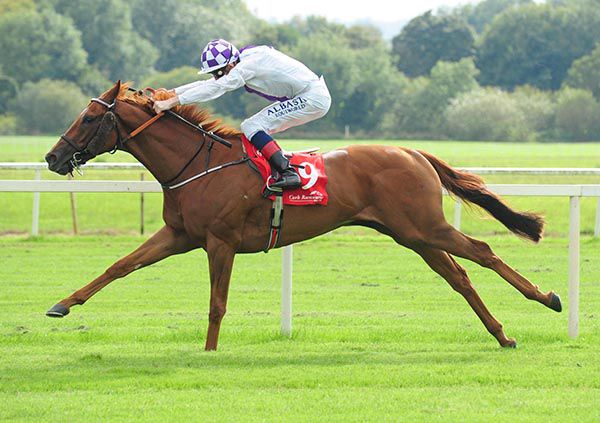 Jim Bolger made an uncharacteristic slow start to this season but the Coolcullen maestro is certainly now making up for lost time and recorded his eighth winner in the past fortnight as Mccabe took the Mitchelstown Handicap in Cork.

Kevin Manning, who partnered the Bolger-trained Halimi to land the valuable Petingo Handicap at Leopardstown on Saturday, gave the gelding some encouragement early on to strike the front and proceeded to make virtually all.

The 17/2 chance had mainly raced on soft ground but handled this much sounder surface well, going clear under two furlongs out and keeping on strongly to score by four and a quarter lengths.

Talking Tough took the runner-up spot with 9/4 favourite Petticoat Rule another length and three quarters away in third.

Bolger was represented by his daughter Una Manning who said, ""He is part-owned by Dave Beirne who was a 1968 All-Ireland winning hurler (with Wexford) so that is an important job done!

"We'll have to see how the handicapper treats him and he'll probably go for something similar and might also make a nice three year old hurdler for someone.

"It's nice to have a winner for Kevin on the day that's in it."