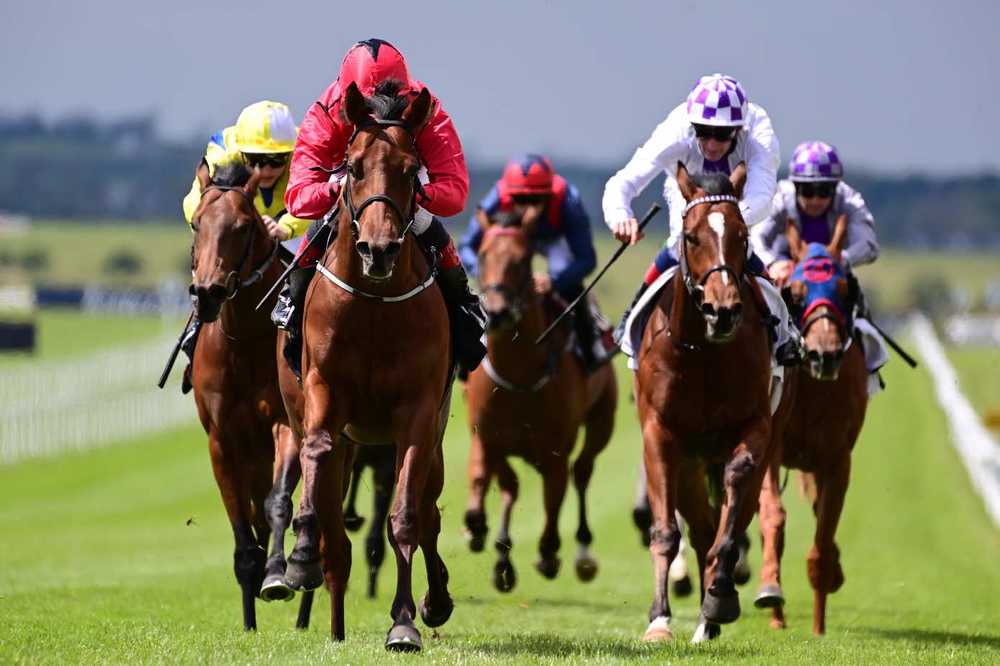 A winner at Listed and Group Three level at the Curragh in May, Fozzy Stack’s star juvenile had since finished second in the Railway Stakes and fourth in the Phoenix Stakes on home soil before his trip across the Irish Sea last week.

The son of Starspangledbanner certainly justified his place in Group One company on the Rowley Mile — beaten just half a length into second place by the Richard Fahey-trained Perfect Power.

Stack will assess the youngster’s well being before deciding whether to send him to Del Mar next month or give him a well-earned break.

Reflecting on his Newmarket performance, the trainer said: “He ran a cracker. It’s a bit unfortunate the gaps didn’t open in time, but that’s racing.

“We probably didn’t have as clean a run as the winner. I’m not saying we’d have beaten him.

“He’s been very consistent all year and he’s put in a career-best on his seventh run of the season.

“The Breeders’ Cup would be an outside possibility, but we’ll just see how he is over the next while.

“If he doesn’t go to America, we’ll put him away and train him towards the Commonwealth Cup at Royal Ascot next season.”