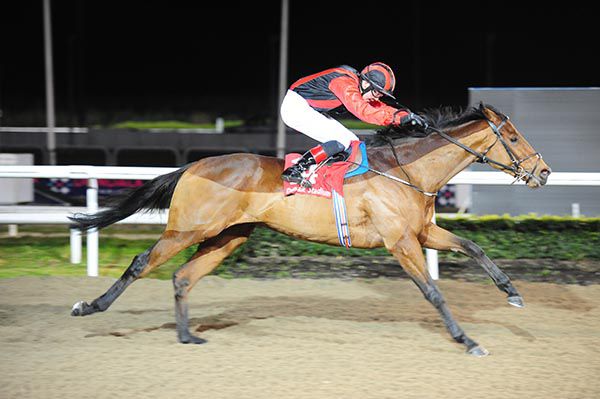 Will Be King
© Photo Healy Racing

Will Be King got off the mark on his 13th career start and on his second run for trainer Joseph O'Brien at Dundalk today as he landed the concluding Floodlit Friday Nights At Dundalk Handicap under apprentice jockey Dylan Browne McMonagle.

The son of Charm Spirit today justified solid 7/4 favouritism when beating Ballycaines by a length and a half to credit sixteen year old Browne McMonagle with a fourth winner.

O'Brien wasn't present and afterwards the winning rider stated “he did it well. He missed the break a bit but I let him travel away and got him nice and relaxed up the inside.

“I got a nice run up the inside in the straight and he won well in the end.

“They went very fast early on and I thought they were doing plenty where I was at. I said I'd sit in, take my time and it worked out.

“He was well handicapped and hopefully the handicapper won't be too sore on him now.”