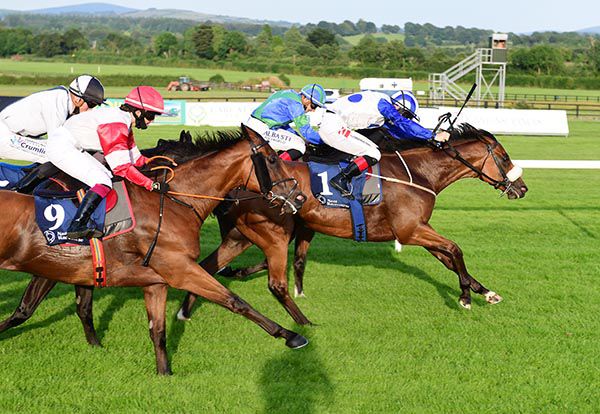 Bucky Larson’s half length win in the concluding Naas Racecourse Handicap made it a treble, at odds of a little over 135/1, for Ger Lyons and champion jockey Colin Keane.

It was another fine ride from the latter, sparing with the whip as usual until it was really called for, as the 6-year-old Footstepsinthesand gelding was produced to challenge in the final furlong and driven past 15/8 favourite Deam Tale in the final 50 yards to notch up a sixth win from 21 starts.

Shane Lyons, assistant to the winning trainer, said: “He's an oul star. He's a stalwart at home, a good lead horse, and he pulls one out of the bag every so often.

“As Colin said to me when he has top weight in those races he has a bit of class and he can get himself out of jail. Colin was very very good on him.

“It was a very good night's work and it's grand to get him back on the winning trail.”