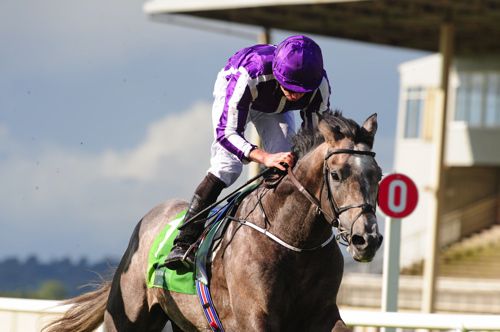 Aidan O’Brien’s 2017 Irish Derby and St Leger winner Capri has been retired and will stand as a National Hunt stallion at Coolmore’s Grange Stud.

Winner of the prestigious Beresford Stakes at two, he was beaten in his first three starts at three before Classic glory at the Curragh.

He had Cracksman, Wings Of Eagles and Waldgeist behind him there, before beating Crystal Ocean and Stradivarius in the St Leger at Doncaster.

A setback early in his four-year-old career saw him miss the summer in 2018, while he failed to sparkle in seven starts this year.

“Capri is a fine, big horse with a good head and a great walk,” Albert Sherwood of Grange Stud told www.coolmore.com.

“He was a very high class two-year-old and defeated all the best middle-distance colts of his generation as a three-year-old before again showing high class form at four. We couldn’t be more delighted that he’s coming to Grange.”