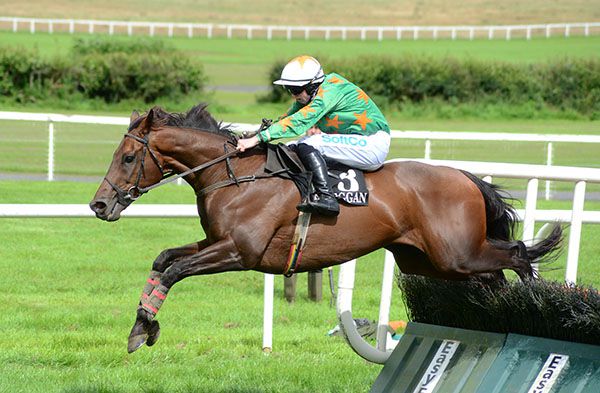 Caridadi provided Tallow owner/trainer John Morrison with a welcome change of luck when taking the Mullingar Handicap Hurdle in good style under Sean O'Keeffe at Kilbeggan.

Morrison, who was bridging a 12-month gap without a winner, took over the Godolphin castoff as a three-year-old and won twice with him on the Flat in his younger days.

The son of Invincible Spirit has obviously had training problems and missed over two years before finishing second on his comeback at Ballinrobe recently.

He was sent off a 5/1 chance here and under a patient ride from O’Keeffe, recording his fifth winner in the space of ten days, made smooth headway to lead approaching the last before asserting on the run-in.

The nine-year-old was driven out to beat 100/30 favourite Ashton Court by three and three quarter lengths, with Yeat’s Encore a further half-length away in third.

O’Keeffe said, “He was entitled to win that after a good run the last day. He travelled well, was happy on the ground and jumped really well.

“He got there well and kept going well when I asked him.

“The run in Ballinrobe was his first in a good while and he’s come on a bit from that.”