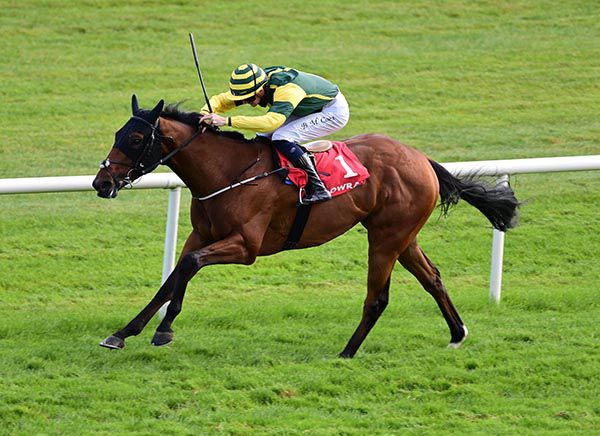 The 101 rated Carrytheone took full advantage of a good opportunity when prominent throughout in the Holden Plant Rentals Race at Gowran Park.

The Johnny Murtagh-trained gelding won twice over a mile at the Curragh last year in a maiden and a handicap and made a belated seasonal debut three weeks ago in the Cambridgeshire.

He cut little ice when carrying near top-weight in that Premier Handicap but had less on his plate here and was sent off the 2/1 favourite.

Ben Coen’s mount took control inside the final furlong and drew clear to beat Forest Of Dreams by three and a half lengths, with the prominently ridden Big Baby Bull a further two lengths back in third.

Coen said, “He was good. The last day he was after a long lay-off and he was a bit fresh so we put the hood back on him and dropped him back to seven.

“To be fair it went like clockwork. He jumped, he settled well and quickened the whole way to the line. He’s done it nicely.

“He handles a cut in the ground so he has plenty of options now.”