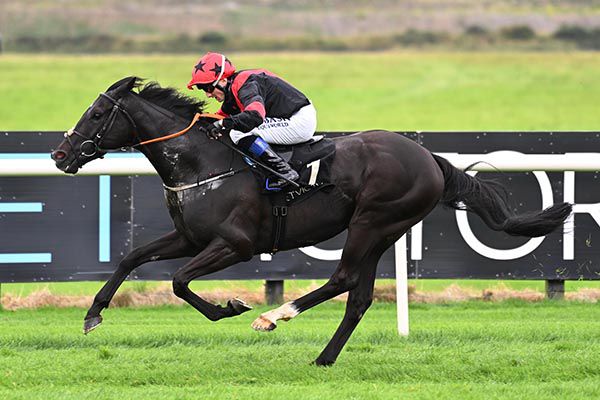 Casanova completed a double for Chris Hayes, as he ran out a good winner of the BetVictor Race.

The Adrian McGuinness trained five-year-old recorded his first success on these shores at Galway last week and was sent off at 9/2 to follow-up this afternoon.

Settled in fourth, the son of Frankel took closer order on the outer approaching the straight and was ridden to the front over a furlong from home.

He was kept up to his work inside the final furlong and stayed on well to see off the effort of Dance Jupiter by a length-and-a-quarter.

The runner-up was returned at 4/1 under Shane Crosse for Joseph O'Brien, while Sherkin Island, who was sent off the 11/10 favourite, finished a disappointing last after attempting to make all.

McGuinness, who trains the winner for Dooley Thoroughbreds, said in the aftermath: "He has really turned inside out. He had loads of problems before we bought him and he has gotten stronger and really filled out.

"I had a meal with the Dooley brothers yesterday and we said if he won this we might go for the Balmoral Handicap at Ascot on Champions Day so that will probably be the target now.

"We don't work him at home because he's a hard ride and very keen, it's all about settling him."

Chris Hayes had earlier taken the opener aboard Alizarine.

The Irish Horseracing Regulatory Board Veterinary Officer examined Sherkin Island, trained by D. K. Weld, at the request of the Stewards and reported the animal to be post race normal. Samples were taken for analysis.