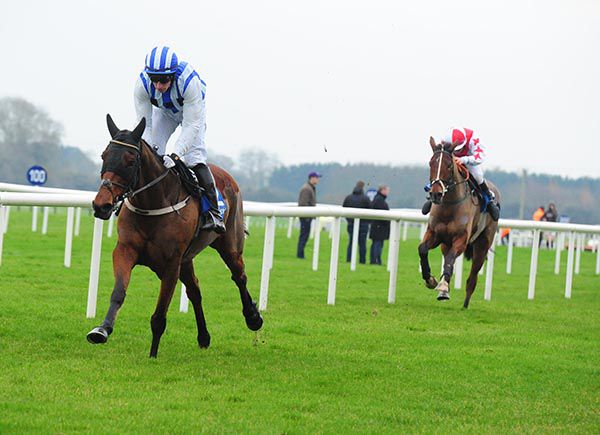 The market spoke loudly in favour of Castlebawn West in the beginners chase at Fairyhouse and he duly collected for Willie Mullins and Mikey Fogarty.

The Westerner gelding had finished fifth behind Ronald Pump on his chase debut at the track in November and stepped forward to open his account over fences.

Fogarty settled the 2/1 shot (11/2 in morning) behind the leaders in the early stages of the two-mile-five contest before producing him to challenge three from home.

Castlebawn West went on after the second last and only had to be shaken up on the run-in to record a cosy seven-and-a-half length win over Forza Milan.

“He came on a good bit from his first run and I thought he had a good chance in this today,” said Fogarty.

“He had a high hurdles mark and his jumping was very good so it's great. Hopefully he'll go on again from that.”

Nicky Henderson has backed the decision of the British Horseracing Authority to keep jumps racing on hold until July.