Cesarewitch double for Mullins is no Illusion 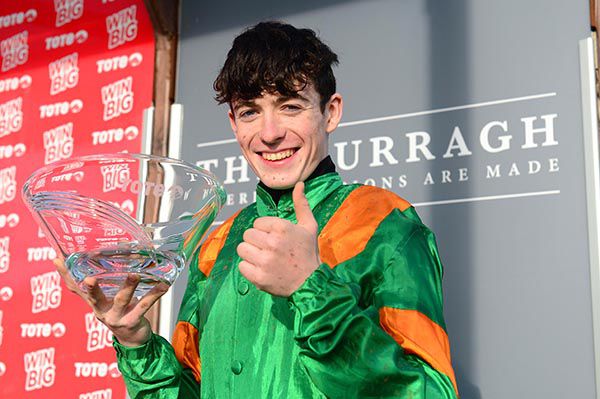 Willie Mullins is no stranger to writing himself into the record books and he completed a Cesarewitch double in the space of 24 hours as Royal Illusion routed the opposition under talented apprentice Joey Sheridan in the Tote Irish Cesarewitch at the Curragh.

The champion National Hunt trainer was on the mark with Stratum in the English equivalent at Newmarket yesterday and Royal Illusion completed an unprecedented double by over eight lengths.

The seven-year-old mare cruised to the front two furlongs out and stayed on strongly inside the final furlong under Sheridan (17) to beat Dalton Highway by eight and a half lengths.

Rock De Baune was a further two and a quarter lengths away in third while Red Gerry could find no extra from over a furlong out in fourth.

Mullins said, “Joey gave her a very cool ride. He’s obviously a talented young guy on the way up and I’ve been hearing nothing only good word about him.

“I didn’t think she would go on the ground. We have a nice team of staying Flat horses and it’s good to make use of them.

“It’s on the 29th of February and is not what I need two weeks before Cheltenham but for that money we’ll have to go.”