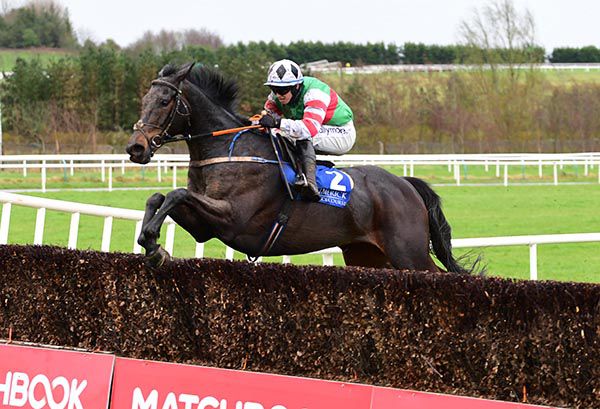 Chatham Street Lad is a significant non-runner from the featured Red Mills Chase at Gowran Park this afternoon leaving Melon to face just three rivals in the Grade 2 event.

The Mick Winters-trained gelding had been well-supported into second favourite but was taken out this morning after being cast in his box.

Melon, runner-up four times at the Cheltenham Festival including twice in the Champion Hurdle, is generally a 2/5 chance to record his fourth career win from 25 starts.

The Red Mills Hurdle is the chief supporting race on the seven-race card beginning at 1.45, and all seven runners stand their ground with Teahupoo set to go off favourite in a competitive renewal.

The absence of Privilege and Evergreen And Red (both due to the heavy ground) means Bynx is generally a 6/4 favourite in the opening Sea Moon & Jukebox Jury At Burgage Stud Maiden Hurdle, while recent Fairyhouse winner Sil Ver Klass is another notable absentee due to the going in the Download The BoyleSports App Careys Cottage Cup Novice Handicap Chase.