Chindit wins the Greenham under Dobbs 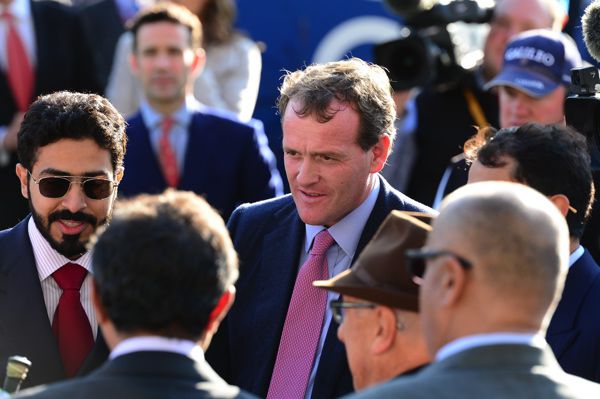 Chindit is Newmarket-bound after getting on top close home to win the Watership Down Stud Too Darn Hot Greenham Stakes at Newbury.

Richard Hannon’s Champagne Stakes winner was the 7-4 market leader, despite disappointing on soft ground in the Dewhurst when he was last seen.

But he was made to work extremely hard by Archie Watson’s previously unbeaten Mehmento, who had won both his starts at Southwell.

Keen in the early stages for Hollie Doyle, by halfway she had given her mount his head and let him stride into a clear advantage.

The move caught most of the others on the hop and soon they were all under pressure. With a furlong to run it looked as if Mehmento may have a big enough lead to hold on, but his stride was just beginning to shorten.

Pat Dobbs sensed his chance on Chindit and along with The Lir Jet they began to close in on the leader, with Chindit just getting his head in front a few strides before the line.

He won by a neck, with the same back to The Lir Jet, while Coventry Stakes winner Nando Parrado was back in fourth.

The winner was left unchanged at 14-1 for the Qipco 2000 Guineas by Betfair.

Hannon said: “He was workmanlike, but I’d rather see that as he was very relaxed in his work so it suggest he wants a mile. That’s changed, as in the winter he was working like a six-furlong horse.

“He will go for the Guineas and I hope he can build up the momentum at Newmarket in the same way he did today towards the finish.

“I just worry if the undulations at Newmarket will let him build up that momentum.

“The French and Irish Guineas would be more convenient tracks, but the (races like) English Guineas are the ones you want to win.”

Brehon Star provided dual purpose Sligo trainer Mark McNiff with a fourth winner this month when putting up a gutsy performance to come out on top in the Bay Leaf Handicap at Ballinrobe.

Dylan Browne McMonagle is setting a scorching pace in the apprentice riders championship and he moved onto the 21 winner mark for the campaign as Fearless Girl justified good support in the Treacy’s Pharmacies Handicap at Ballinrobe.