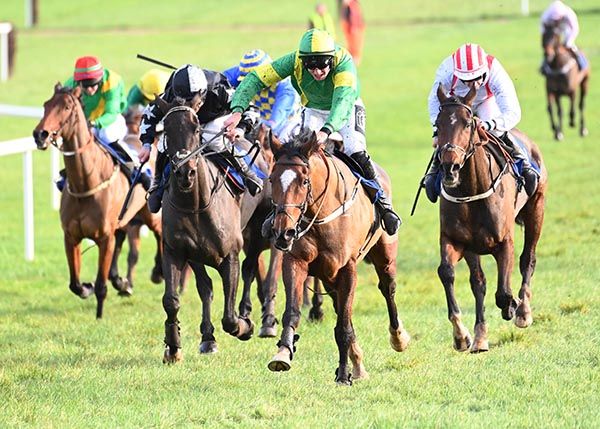 Plenty held chances on the long run between the final two fences in the Racing TV Black Friday Offer Tomorrow Only Handicap Chase and it was Ciankyle (18/1) who found most to win under Eoin Walsh.

Pushed along in sixth turning for home, the 10-year-old came through to challenge on the stands' side in the straight and hit the front on the run-in to deny Dontdooddson (8/1) by two and a quarter lengths. Western Sea (12/1) finished a further length away in third.

The complexion of the race changed at the fifth-last fence when the fancied Pretty Little Liar fell and brought down the 4/1 favourite Arthur’s Quay.

For the easy-to-back winner (15/2 overnight), this was a seventh career success.

Winning trainer Peter Cluskey said: "That's his second win over fences and he has been a great servant to us.

"He did well in Clonmel when he came up against a better one of Jim Dreaper's (Shopping Around) and we were going to let him off but he ran so well we said we'd give him another run.

"The ground has held up for him and now we'll see what way the ground fares out. You'd never know where we'd turn up.

"I wouldn't mind having a few more like him!"