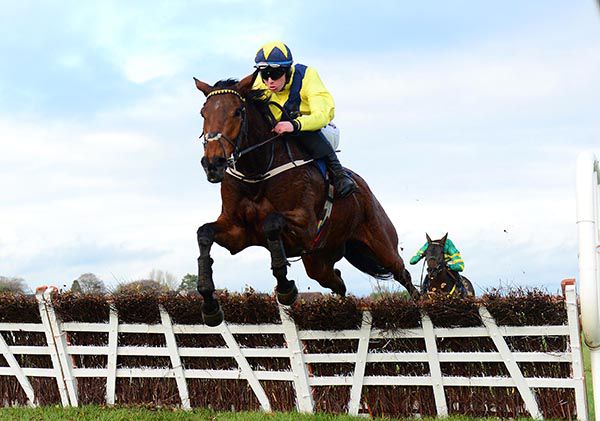 Course bumper victor, Borderline Chatho (9/2 into 7/2) made all and he was still travelling well two out.

Pushed along before the last, Donagh Meyler asked for more from the French-bred on the run-in and he delivered by two and a quarter lengths from School Boy Hours (9/4 into 15/8).

J P McManus and Mark Walsh were bidding for a treble with School Boy Hours but the Presenting gelding's round was blighted by jumping errors.

Alan Fleming trains Borderline Chatho for Barry Connell and it was some compensation for them after losing French Furze in the opener.

"It was a nice performance and he's always been a nice horse. Barry has been really patient with him," said Fleming.

"He's only been with us about four or five weeks. He's been at Barry's farm as he's had a few back issues and they have done an awesome job on him. Hopefully he'll go forward now from this.

"He jumped really good, and if he stays right he's not a bad horse at all."