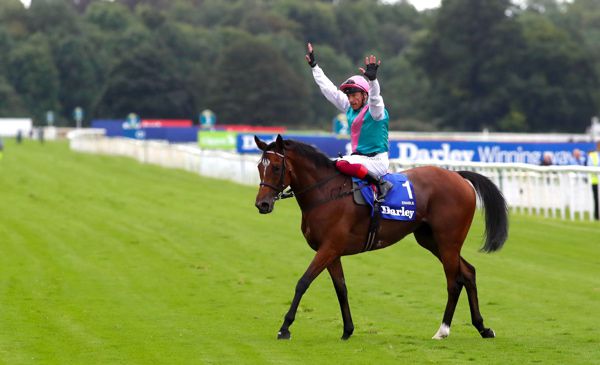 The John Gosden-trained mare has stayed in training as a six-year-old with the ultimate aim of winning the Prix de l'Arc de Triomphe for the third time.

Owned by Khalid Abdullah, the daughter of Nathaniel was just denied an unprecedented third success in the ParisLongchamp feature 12 months ago - and like last year, her season will start in the same place.

Abdullah's racing manager Teddy Grimthorpe said: "Prince Khalid is happy she aims towards that race, which is obviously where she started last year."

A trip to Royal Ascot could have been considered, but Grimthorpe, who is not looking beyond Sandown in terms of the next target, said: "It's like everything, there's always various decisions to be made and obviously the Prix de l'Arc de Triomphe is the ultimate aim again, so we hope this is the best course.

"In these days it's very much one race at a time."

Enable has been installed as the 11/10 favourite by the sponsors.

Coral's David Stevens said: "Enable was a brilliant winner of the Coral-Eclipse last year, and while this year's race will take place on a Sunday for the first time in the 45 years we have sponsored it, and without any crowd in attendance at Sandown, her presence in the field is great news for race fans."