Costalita gets off the mark for Rothwell 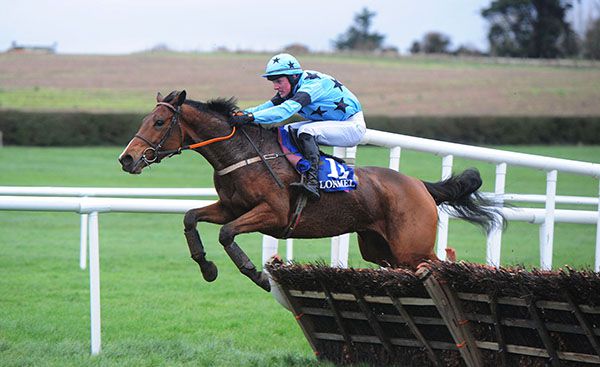 Costalita opened her account in good style when running out a convincing winner of the Adare Manor Opportunity Handicap Hurdle for Philip Rothwell.

The Gold Well mare was produced with a strong run to lead two from home, by Hugh Morgan, having been held up early in the two-mile-three contest.

She asserted before the final flight and kept on strongly on the run-in to record a three-length success. Crack On Corrie stuck on to win the battle for the runner-up spot.

The 8/1 winner was having her ninth start and had stayed on to finish fourth at the venue on her last visit last month.

Rothwell said:- “She is a homebred filly and the dam (Vinnes Friend) was good to me and won twice and we liked her.

“She is from a very good family and is the first foal from the mare.

"John Dillon approached me, through another owner and his friend Oliver Barden, to get involved in a horse and I said this would be a fun filly.

“She is of average ability but is after winning a handicap nicely so hopefully the handicapper won't be too hard on her and hopefully she will get another day."