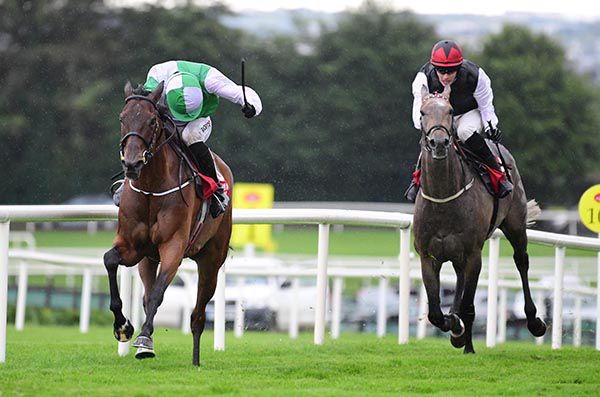 Off the track since unseating rider over fences at Punchestown in November, the versatile 8-year-old travelled well tracking the leaders before coming through to head Ciel D’afrique (16/5) at the furlong marker.

He readily went away to account for that one by three and a quarter lengths.

It was a seventh career win for Pearse and Annette Mee’s Shantou gelding who, since finishing sixth in a bumper at the 2017 Festival, has been unbeaten in four starts at Galway, with three of those wins coming at subsequent Festivals.

Zero Ten, who is three from four over flights, is amongst the market leaders for Thursday's Guinness Galway Hurdle where he's set to carry 10st 10lb off a rating of 141.

Winning trainer Emmet Mullins said: "He is a special horse to be able to come back to Galway and win a bumper, maiden hurdle, beginners' chase and now a flat maiden.

"We've had a lot of issues and it has been an uphill battle to get him here this year and if we had a cleaner run, we'd have gone straight for the Hurdle (on Thursday). It was a bit of a worry where we were with him but the engine is there.

"We'll see how he is in the morning and we won't be running him for the sake of it. If we can mind him, he'll reward us."