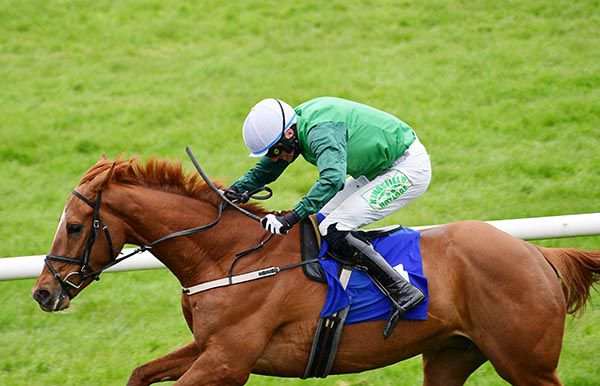 A £570,000 purchase by leading owner JP McManus, Jonbon is a hot favourite to extend his unbeaten record for Nicky Henderson in the Grade Two contest.

Ballycoose is also yet to taste defeat, but would be stepping up in class if given the green light to travel to Merseyside following wins in a Down Royal bumper and a maiden hurdle at Ayr.

Crawford said: “I’d say it’s 50-50 as to whether he’ll run. If he doesn’t go to Haydock, he’ll probably go to Down Royal next Tuesday.

“You’d hope the race at Down Royal might be a bit easier, but there’s nothing easy these days!

“He’s a nice horse and a horse for next season really. We won’t get too excited and too ambitious this season, I wouldn’t think.”

The Co Antrim handler also provided an update on another exciting novice owned by Simon Munir and Isaac Souede in O’Toole.

Having split the Willie Mullins-trained pair of Kilcruit and Sir Gerhard when runner-up in the Grade One bumper at Punchestown last spring, the six-year-old bolted up on his hurdling bow at Down Royal.

“He might end up in the auction series races in Ireland,” Crawford added.

“There’s a novice hurdle coming up in early February and that might be his next appearance. The final of the series is at Punchestown, so that could be a realistic target for him this season.