Create Belief a sweet winner for the Murtaghs at Gowran 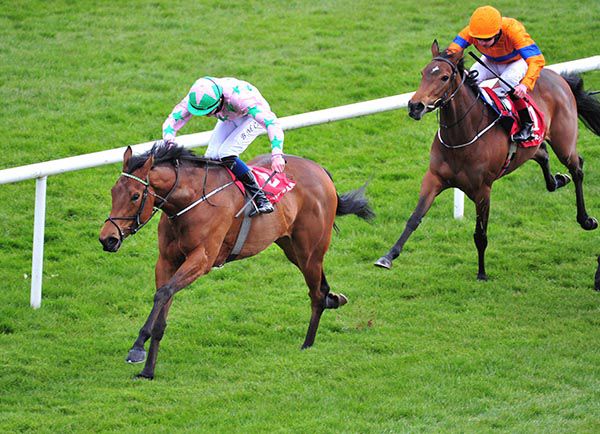 Third over the course and distance on her only start at two back in October, Create Belief led them home by two and a quarter lengths.

Joseph O’Brien had the second and fourth, Adelisa and Powerful Aggie.

Murtagh stable jockey Ben Coen was aboard Create Belief and owner Mrs Murtagh said:- “I'm delighted with her. She ran well here last year and I went home happy then.

“She's after strengthening up and doing well over the winter. I think I've something to look forward to over the summer.

“I spoke to Johnny there and he just said he'd have a look at what there is for her now, we just wanted to win her maiden.

“She stayed that trip well and Ben said she was good so I'm happy.”