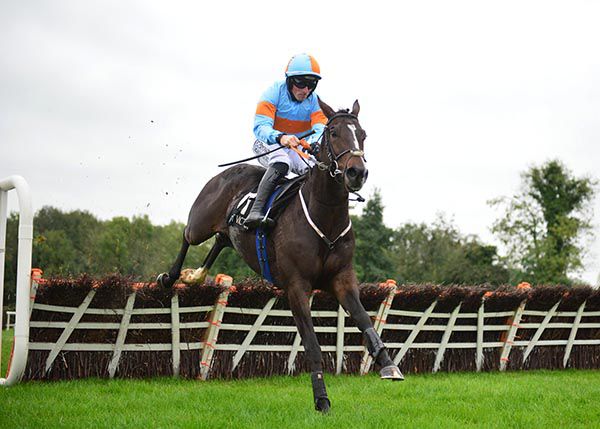 Gavin Cromwell is considering a tilt at the Champion Hurdle with his smart novice hurdler My Mate Mozzie.

The Born To Sea six-year-old was a wide-margin winner of his maiden at Punchestown and a Grade 3 novice hurdle in Navan, before being pipped by a short head in the Grade 1 Royal Bond in Fairyhouse at the end of November.

Cromwell told Racing TV: “We gave My Mate Mozzie a break after the Royal Bond. That was his third run of the season and he’d been busy enough.

“We didn’t run at Christmas and he’ll go to the Dublin Racing Festival for the Grade 1 (Tattersalls Ireland) two-mile novice. We’ll go from there on to Cheltenham.

“He has an entry in the Champion Hurdle and it could be an option the way the Supreme is looking. If you take the mare (Honeysuckle) out of the Champion it’s a different type of race, and the Supreme looks very hot on paper at the moment.

“He’s by no means certain to be going for a Champion Hurdle but we thought we’d make the entry and leave our options open."

Unbeaten Honeysuckle is 8/11 to retain her Champion Hurdle crown. My Mate Mozzie can be backed at 66/1 to land the blue-riband event.

Cromwell won the Champion Hurdle in 2019 with the ill-fated Espoir D'allen.

Willie Mullins is responsible for half of the 22 entries for this year's renewal including Sir Gerhard.