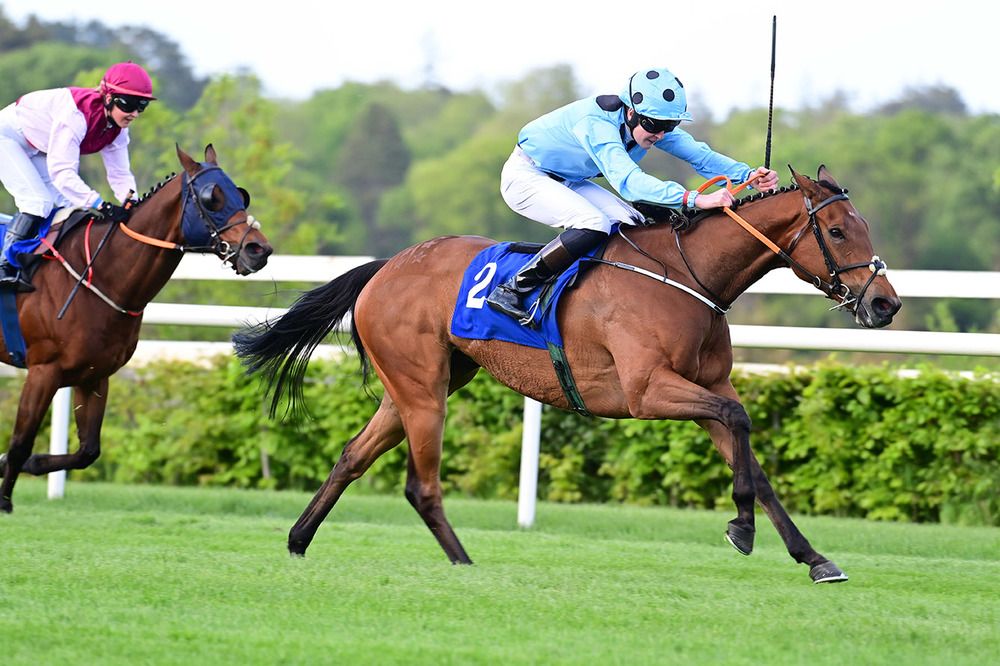 On her first start for over 300 days, Dame Rapide (11/1) readily landed the Bulmers Live At Leopardstown Apprentice Handicap in the hands of Daniel King.

The five-year-old, successful three times at Dundalk in 2020 for previous trainer John McConnell, hadn’t been seen since last July but travelled sweetly in mid-division before making progress on the outer turning for home. She soon went out after the free-running leader Clueless Hill and swept past that one in the final furlong to win by three and a half lengths. Breffni Girl and Pretty Little Liar completed the placings.

The winner was making her first appearance for winning trainer Barry Fitzgerald who said: “She’s a nice filly and I thought coming here today with the wide draw we would definitely be placed.

“Daniel gave her a super ride. I told him to jump out and get across. He got a lovely position and got her settled as she’s a keen filly at home.

“I have her since March and she’s a nice filly going forward. I’d say she’ll step up again.”