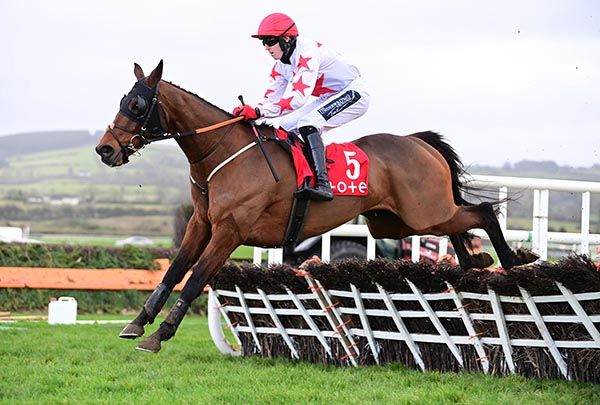 Darver Star (6/1) was a much happier horse back over the smaller obstacles in the Tote Pays You More On Tote.ie Hurdle and Keith Donoghue's mount romped to victory.

The 2020 Champion Hurdle third cruised past disappointing 2/5 favourite Cilaos Emery after the second last and was soon well clear. He passed the post 20 lengths clear of Home By The Lee with the market leader fading to finish fourth.

It was a sixth win over flights for the Kalanisi gelding who turns ten tomorrow. By contrast, his record is one from seven over fences albeit he’s been very highly tried.

Winning trainer Gavin Cromwell, who also saddled third home Wolf Prince, said: “He just grew in confidence as the race developed. The further he went the better his jumping got.

“The ability was always there and his work was great at home. Maybe we shouldn’t have stayed chasing as long as we did.

“I put blinkers on him and schooled him because we had him in the Paddy Power and he jumped brilliant. Then a horse fell in front of him and he got mowed out of it. Thankfully Keith had the sense to pull him up.

“The Galmoy Hurdle might be a possibility and if not the Boyne Hurdle.

“I’m delighted for the boys as it’s been a frustrating 18 months.”