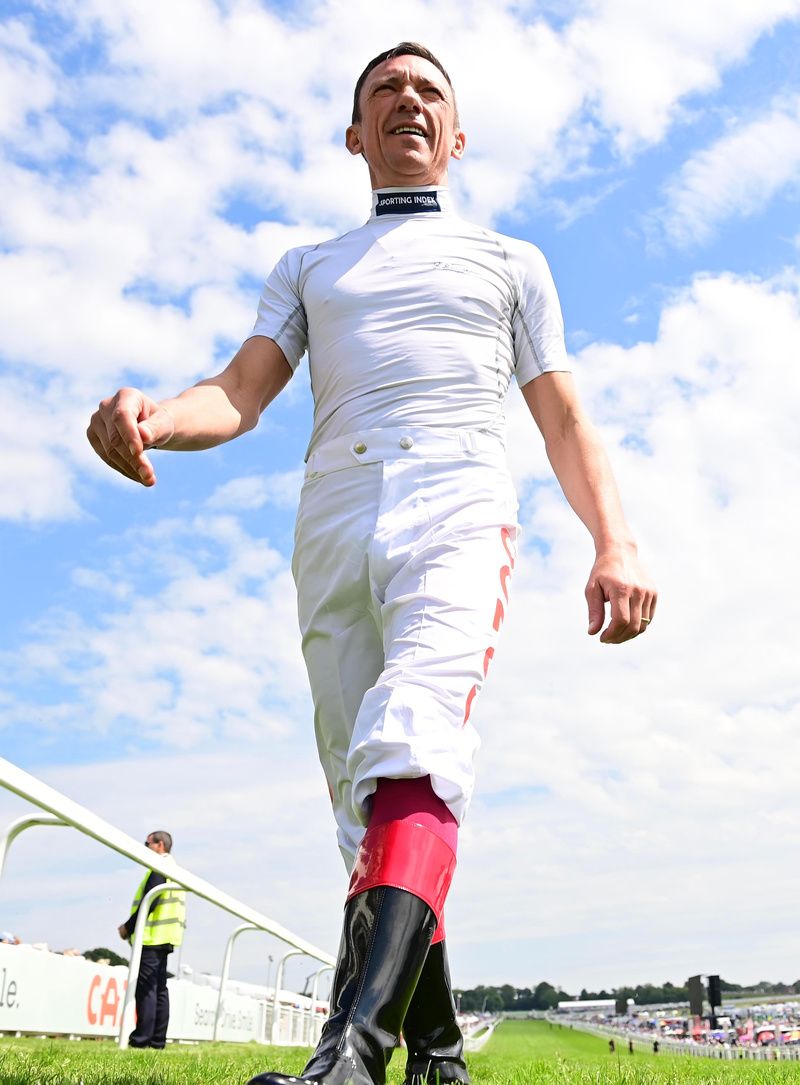 Frankie Dettori put a turbulent few days behind him with victory aboard Lezoo at Newmarket today.

The 51-year-old was taking his first mount since long-standing associate John Gosden, who trains in partnership with son Thady, announced on Friday evening that the pair had agreed to take a “sabbatical” from their working relationship.

Speculation about their alliance was rife after Dettori’s name appeared alongside the Ralph Beckett-trained filly in the Maureen Brittain Memorial Empress Fillies’ Stakes, but not the Gosden-trained horses on the same card, with the partnership now officially paused for the immediate future.

Dettori did not let the off-course drama impact his racetrack performance though, as he delivered Lezoo with a perfectly-timed challenge to win going away by a length and three-quarters.

The rider received plenty of cheers on his way back to the winner’s enclosure and treated the crowd to one of his trademark flying dismounts on what was his first ride since the end of Royal Ascot.

He said: “I haven’t been away, I’ve only been off for five days! I’m really touched by the support though and I didn’t expect that, so it was great.”

Speaking before racing, Dettori admitted a break was perhaps best for both parties at present, but also confirmed his intention to continue riding until at least the end of next season.

He said: “We had a meeting yesterday. It had been coming for a little while. We decided it is probably best we go our separate ways for a bit.

“I will definitely do this year and next year. I will be riding in Istanbul in the Derby tomorrow and I will be in the German Derby next week and I’ve got a couple of weekends in Belmont and Saratoga, so I’m pretty busy for the next month. So, if you don’t see me ride domestically, it is not because I gave up. It is because I’m actually abroad.

“But I am intending to ride for the rest of this year and next year.

“It is a new start and we will take it a step at a time, but I can assure everyone I am not stopping. If I am away this month, it is because I am away abroad — not because I gave up. I will be back, I guess, for King George weekend.”

Lezoo is co-owned by Dettori’s friend Marc Chan and his racing manager Jamie McCalmont was thrilled to see the rider demonstrate his undoubted talents.

He said: “What can we say about Frankie’s ride — he hasn’t lost it, has he? Let’s leave it at that. We might see another flying dismount — we’ve seen a few of those.

“It feels good and it’s great to see him have this reception. I’m quite emotional, it’s like winning a Group One race and it’s a Listed race.”

Of Lezoo, he added: “We are delighted. That was only her second start. We will probably come back here in the Cherry Hinton (July 8). We will see how she comes out of the race.

“It was a great effort from all of Ralph’s team. Her mother ran eight times as a two-year-old and I feel that we need to make hay while the sun shines.”