Dettori does the business in Barney's race 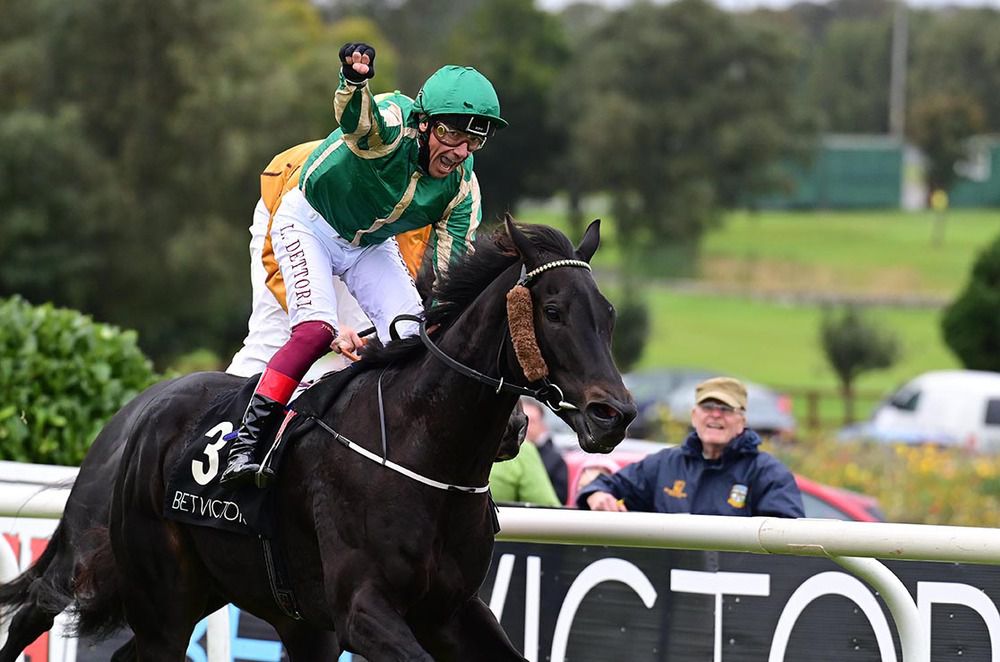 Riding 4/1 joint favourite Trueba for his great friend Johnny Murtagh, Dettori sat a close second to Meishar (9/2) before edging past that rival to the roars of the crowd passing the furlong marker.

To his credit, Meishar rallied on the rail and the other 4/1 joint favourite Red Heel finished strongly from off the pace but Dettori was not to be denied as his mount crossed the line half a length in front of the former.

Raucous celebrations ensued in the parade ring with the inevitable flying dismount being executed to the load approval of all around the winners’ enclosure.

It was Dettori’s first time to ride a winner for Murtagh and he seemed to thoroughly enjoy the reception on a day commemorating the legendary Barney Curley.

Murtagh exclaimed: "It is brilliant! I'm sure if I told him (Frankie Dettori) to sit fifth on the fence he wouldn't have listened to me!

"He is a straightforward horse and he has been coming down the handicap. It was an ideal race for him, he likes to front run.

"Frankie rang me up the other day and he said 'I'll ride yours in the big race, has he a chance?' I said 'I think he has a chance'. It's a great story and I'm thrilled it is in honour of Barney Curley who was a great man and ridden by another great man Frankie Dettori.

"We did (have some titanic battles on the track) but he looked after me really well in England and I lived in his cottage. He introduced me to Barney Curley and I have to say we really enjoyed the times together."

Dettori himself had the last word.

"That one is for Barney," he said, and quipped to Murtagh- "I had to come to Bellewstown to ride a winner for you!"