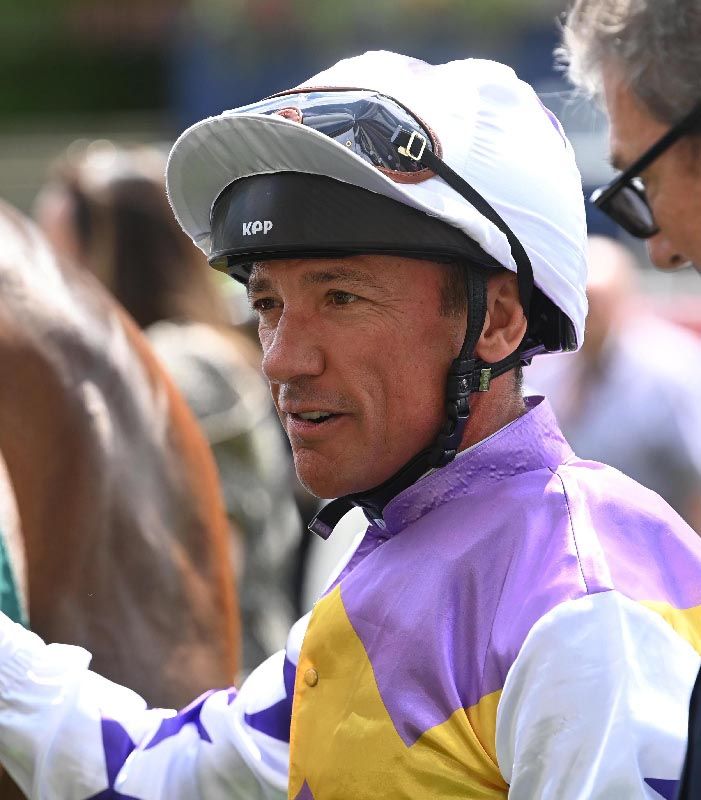 Frankie Dettori will make his first appearance at this year's Racing League with three booked rides for Wales and The West on night two of the competition at Lingfield on Thursday.

The popular Italian missed out on the first of six scheduled meetings at Doncaster last week due to being in action for John and Thady Gosden at Sandown, where he enjoyed a winner aboard Arrest.

But Jamie Osborne, team manager for Wales and The West, will call on Dettori's services in Surrey, where he will ride the Milton Harris-trained Postmark, David Simcock's Fox Power and Country Pyle from William Muir and Chris Grassick's yard.

Postmark, who is part-owned by former football manager Harry Redknapp, makes his debut for Harris in the William Hill Best Boost Racing League Race 11 - the fourth race on this week's card - having been snapped up for 50,000 pounds since winning on his final start for Ralph Beckett at Ffos Las last month.

Harris, who also saddles the Callum Shepherd-ridden course and distance winner Rogue Mission in the same race, is delighted to have Dettori on board his new arrival.

He said: "We bought Postmark around three weeks ago and I probably would have preferred to wait a bit longer, but he's worked well and has settled in and is eating well. I'm very happy with him.

"I'll be interested to see what he's like. He’s been bought to go juvenile hurdling, but there's a lot of prize-money on offer in the Racing League and Harry and the boys that own him are sportsmen, so we said we'd give it a go.

"It's great to have Frankie riding him and I would hope he’ll run very well."

Of Rogue Mission, the trainer added: "He was bought to go jumping and I was a bit disappointed with him first time over hurdles at Stratford a couple of weeks ago, but he's better than that and he'll go back juvenile hurdling after this.

"He'll run well. I'd be surprised if he beat Postmark, who might just be a nice horse, but he's running on his own merits and hopefully he'll run well."

Half an hour after partnering Postmark, Dettori will jump on Fox Power, while he has also picked up the ride on Country Pyle - a half-sister to King George hero Pyledriver — in the finale.

Although winless on the opening night on Town Moor, Wales and The West sit third in the competition on 125 points, with Yorkshire second on 128 and London and The South leading the way on 174 after a Doncaster four-timer.