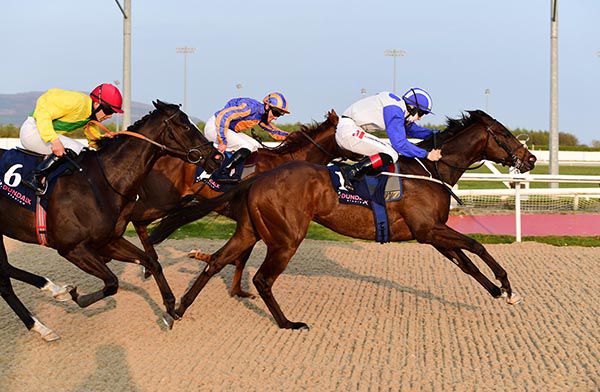 Keane won the preceding heat on Tipperary Moon for Des Donovan, and here he excelled for his boss Ger Lyons on Aikido.

With his mount's ungainly head carriage, the champion jockey coaxed as much as was required from the successful Dandy Man gelding. He beat market-leader Forest Of Dreams, and Ferrybank, by half a length and the same.

“We’ll take baby steps with him. 93 was a tough ask today but he’s proven that he’s up to it. We’ll see what the handicapper does.

“That was six furlongs and he’s won over seven. The handicapper will tell us what route to go.”

S. Foley, rider of Bell I Am trained by Mrs John Harrington, reported to the Clerk of Scales that his mount jumped right from the gates.