Doubles all round as Blue For You wins 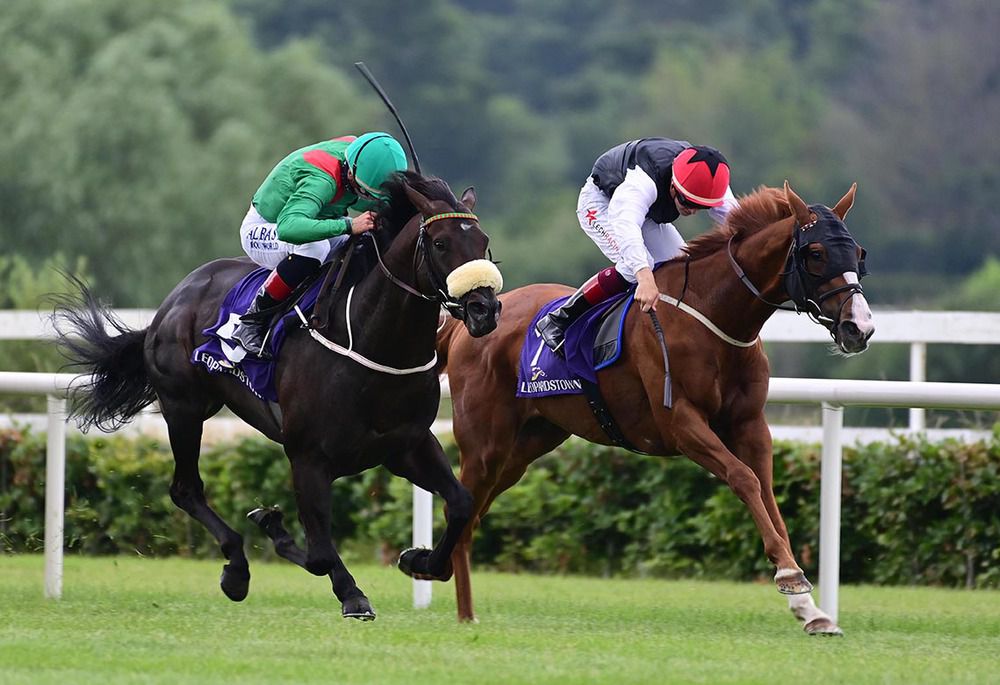 Doubles were complete for Moyglare Stud Farm, Dermot Weld and Dylan Browne McMonagle when Blue For You (22/1) just held on in the Plusvital Handicap at Leopardstown.

Moyglare and Weld combined to win the opener with the Oisin Orr-partnered Homeless Songs, whilst Browne McMonagle took race two at the Foxrock venue courtesy of Joseph O’Brien’s Giustino.

A visor replaced cheek-pieces on the successful top-weight and he was game in fending off Diamil, who had looked sure to go by in the closing stages.

A short head separated them at the finish.

A very good ride from the jockey,” said Weld.

“I actually thought he had won because he was coming back with his momentum. The runner-up was coming to win but our fella found that little bit more.

A big weight and that's why I claimed off him today. He's idle, that's why he wears the visor.

“He won at Galway last year and we'll have

A look at one of the handicaps there for him.”

The Irish Horseracing Regulatory Board Veterinary Officer examined Privilege (GB), trained by Mrs John Harrington, at the request of the Stewards and reported the animal to be post race normal. Samples were taken for further analysis.

W.J. Lee, rider of Doolin Dancer trained by K.J. Condon, reported to the Clerk of Scales that his mount hung right.

S. Foley, rider of Privilege (GB) trained by Mrs John Harrington, reported to the Clerk of Scales that his mount made an abnormal respiratory noise from half way.

A.J. Slattery, rider of No Patience trained by Andrew Slattery, reported to the Clerk of Scales that his mount acted up in the stalls.

The Irish Horseracing Regulatory Board Veterinary Officer examined Metaphorical, trained by A.P.O'Brien, at the request of the Stewards and reported the animal to be post race normal.

A report from D. K. Weld, trainer, as to the apparent improvement in form of Blue For You, placed first, as compared with its recent form. D. K. Weld stated that the application of the first time visor, coupled with

A change in tactics had helped to bring about the apparent improvement in form. Having considered the evidence the Stewards noted the explanation given.