Douglas Talking puts himself in the shop window 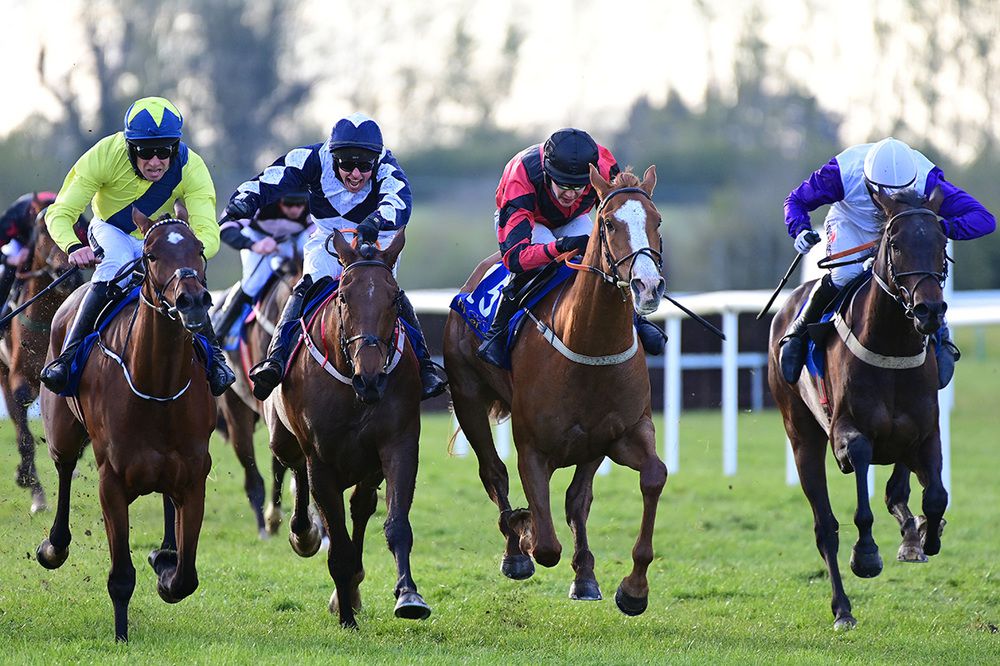 Douglas Talking stormed home between horses to pip My Immortal by a nose at the end of the two and a quarter mile point-to-point bumper in Tipperary.

My Immortal was strongly pressed by Thelasthighking in the final furlong but Douglas Talking was switched to challenge between the pair by Paul Bannon, and made sustained headway to get up on the line.

Trainer Andrew Lynch said: "He is a fair tool and a right horse.

"He tipped-up, over-jumped it, in his point to point when he was going to win but jumping fences is his game.

"He'll go on any ground and hopefully someone buys him, he can go!"

The Stewards interviewed Mr J.C. Barry, rider of fifth-placed Chicago Time, concerning his use of the whip in the closing stages of this race. Evidence was heard from the rider concerned who accepted that he was in breach of the regulation and apologised for his actions. Having viewed a recording of the race and considered the evidence the Stewards were satisfied that Mr. J. C. Barry was in breach of Regulation 10.3.g, excessive frequency. Having considered Mr. J. C. Barry's record in this regard the Stewards suspended him for one raceday.

Woodland Garden one to follow after securing first win

Ballydoyle’s Woodland Garden got off the mark at the third attempt in the Irish Stallion Farms EBF Fillies Maiden at Gowran.

Mr Moondance blitzes them in Downpatrick

Mr Moondance called the tune with an all-the-way success in the opportunity handicap hurdle at Downpatrick.