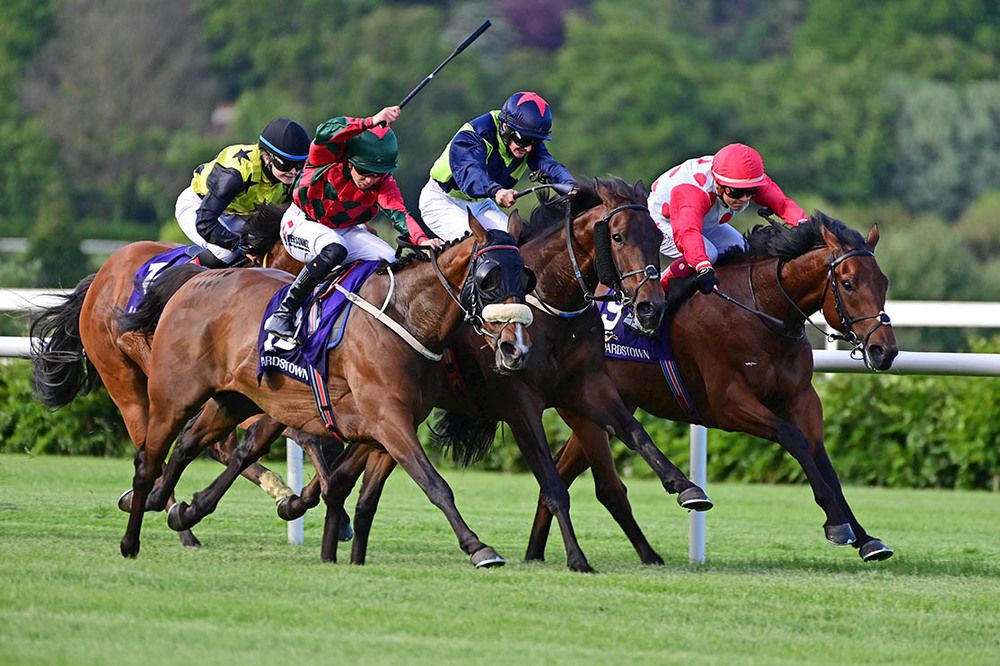 Drummer won the Leopardstown Handicap (45-65) at odds of 18/1 for trainer Denis Hogan and jockey Joe Doyle.

Sent off at 8/11, Giustino was a handicap ‘good thing’ on paper after his easy win at Listowel last weekend but Doyle was determined not to allow the favourite an easy lead and kept tabs on him from an early stage.

The pair were joined in the final furlong by Divine Celt (12/1) and in a three-way thriller it was Drummer who prevailed by a head from Divine Celt, with the favourite a further nose away in third.

It was a first win in 19 starts on the Flat for the victorious 6-year-old who started off in bumpers.

Winning rider Joe Doyle remarked: “He stuck his head out when he needed to. He's been a frustrating horse but it looks like we are on the right side of him now and hopefully he can build on that.

“He'd been running well in defeat and the race just worked out well today so we're delighted.”