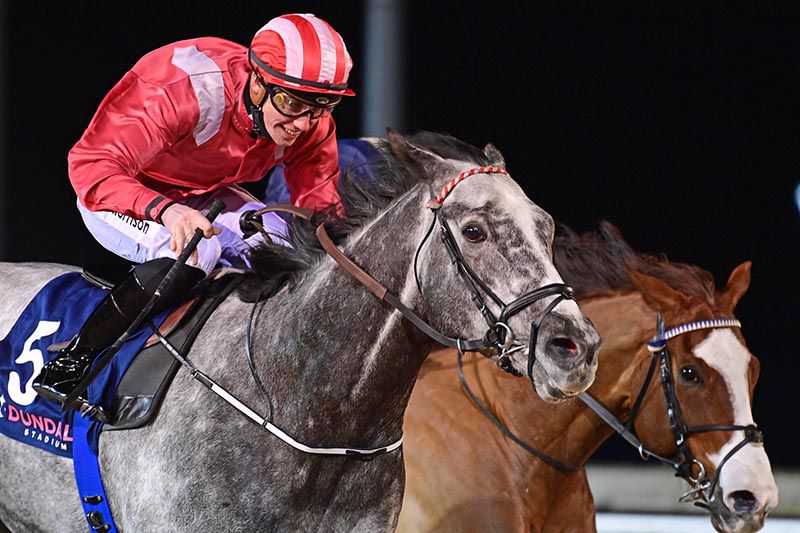 Half-an-hour on from his feature race success on My Generation, Shane Crosse doubled up at Dundalk on Major Power in the Hollywoodbets Racing & Sports Betting Handicap.

My Generation was for Joseph O’Brien, but Crosse pulled on the silks of in-form owner/trainer Eddie Lynam for the spin on Major Power.

After triumphing in this race last year too, Major Power did this from the front and eventually held Prisoner’s Dilemma by half a length.

“It suits him up here, he likes it, and we're in our own little pool,” said Lynam.

“There are only so many horses running through the winter program so you are taking on the same horses all the time.

“He's been very consistent. He's been second on his last three starts and won his previous three.

“Shane gave him a lovely ride, he knew the best way to ride him and it worked out well.

“What the future holds for him I don't know because he'll get more poundage.

“There is nothing left here for him. Sarah's horse Tyrconnell has gone into the 90s and she has no race here either.

“We'll have to go to the turf and mix it with the posh lads. I'd like to try him on the turf over seven. He likes a nice even pace.

“He'll need kind ground and we probably won't get that for a while but you never know.”