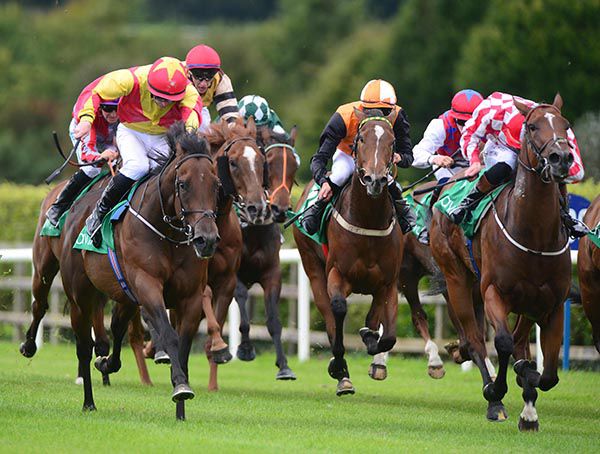 The four-year-old gelding travelled strongly on the heels of the leaders a furlong and a half out and was shaken up by Carroll racing into the final furlong.

He was ridden to deliver a winning challenge between the leader Zodiacus and Tie A Yellowribbon close home.

The 20/1 shot won by a neck from Tie A Yellowribbon (16/1). Zodiacus was the same distance away in third at 20/1. Chagall, the heavily-backed favourite at 5/1, completed the placings in fourth a further half a length down.

“Maybe it was bad training that I didn't know!

“He probably keeps a little bit for himself but he's a good fast horse. He was always travelling there and you'd think he was going to win easier.

“When he gets to the front he seems to think he's done enough.

“The only thing is there are no more races for him here now. He'll probably go to the sales at some stage.

“When they come to three or four we move them on. More than likely he'll be for export.”